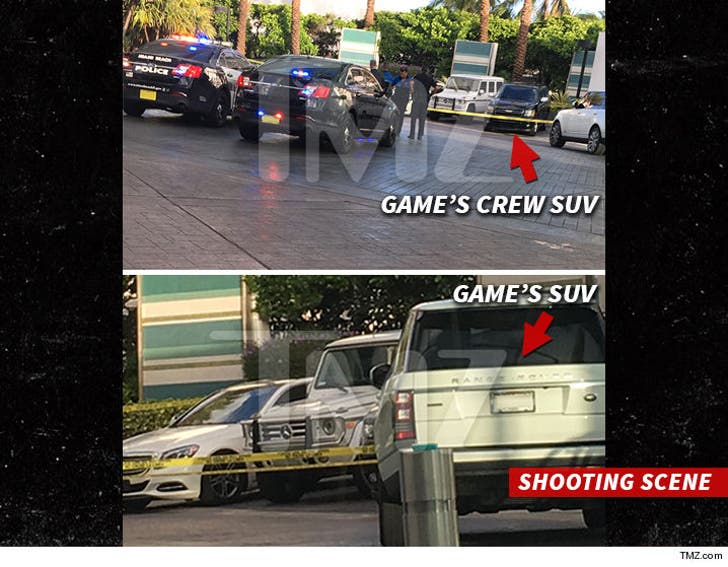 The Game's crew was the target of a shooting outside a famous Miami Beach hotel ... according to cops.

Police tell us around 7:30 AM a Mustang convertible drove past the valet outside the Fontainebleau Hotel and fired multiple shots into a white Mercedes-Benz G Wagon ... which cops are saying is associated with Game. The SUV was empty.

The Game was hosting and performing with DJ Stevie J the song "Heard Ah That" produced by LooseCannon S.L.I.M. and XpMuzik Thursday night at STORY Nightclub presented by Headliner MG ... a few miles down the street from the hotel. Cops say no other vehicles were hit and there were no injuries.

The rapper's manager, Wack 100, tells TMZ the vehicle that actually belongs to their crew is the black Chevy SUV next to the G Wagon and inside the police tape. He says their vehicle was not hit. Game also had a white Range Rover parked about 15 feet away from where the shots were fired.

During his gig at STORY ... Game took some verbal shots at Meek Mill, calling him a snitch. It's unclear if that's in any way related to the shooting. 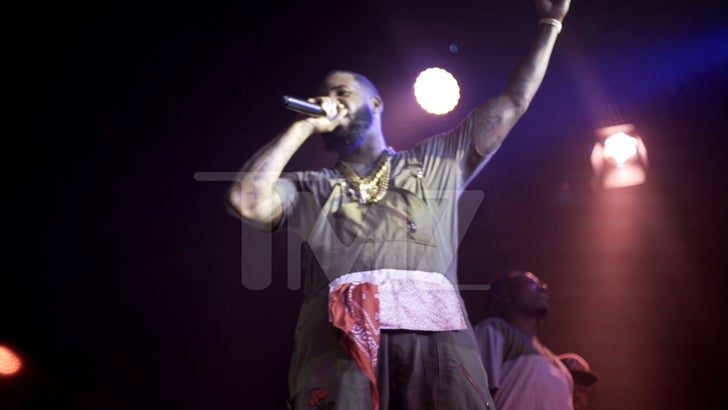 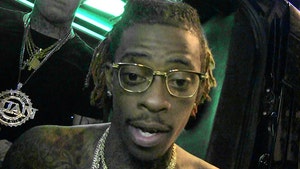