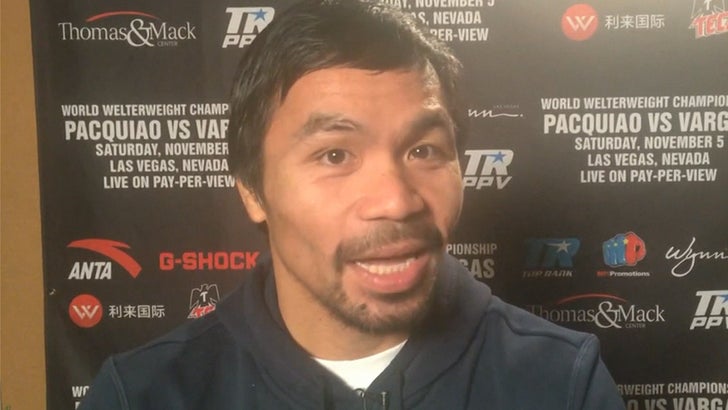 Manny Pacquiao rolls deep -- and tells TMZ Sports he bought more than 2,000 TICKETS for his friends and family to attend his fight against Jessie Vargas this weekend ... spending over $1 MILLION!!!!

The fight goes down on Saturday night in Vegas -- and it's clear Manny wants to be surrounded by his famously gargantuan posse.

Despite the fact boxing has made him insanely rich and world famous, Manny says he doesn't want his kids to be boxers ... instead telling us he's trying to push them into a different sport with much less head contact. 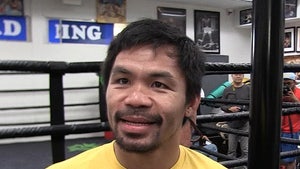 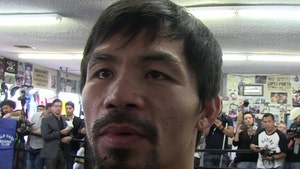 Manny Pacquiao -- 'I Tried All Kinds of Drugs' ... Before I Became a Champ