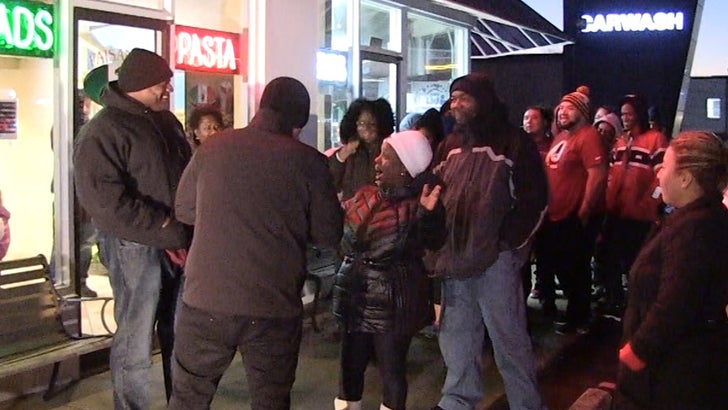 The woman -- sporting her Dallas Cowboys beanie -- is hilarious ... getting right up in Baker's face and pledging her allegiance to her squad ... adding, "I look forward to seeing you Thursday!"

The video is great -- the woman talks smack, but does it in a playful manner -- while ultimately saying, "For real, thank you baby. Regardless of what team I belong to, I still think you're doing a good thing."

But if you think she left without firing one last shot ...