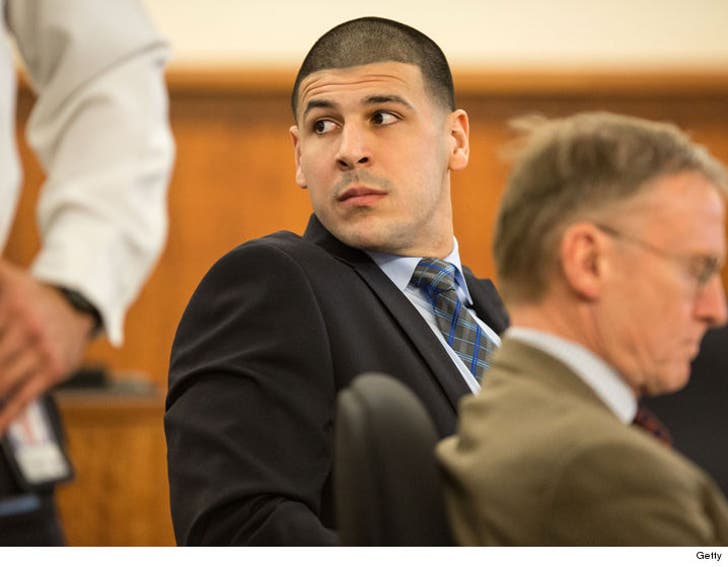 Aaron Hernandez's gun tattoos -- which he allegedly got to commemorate 2 violent crimes -- can be used against him in his double murder case ... a judge has ruled.

Prosecutors believe the ex-NFL star memorialized two violent incidents, including the 2012 double murder, by getting the weapons he used tatted on his body.

In the murder case, prosecutors believe the killer fired 5 shots from a revolver ... and believe it's no coincidence that Aaron went out and got a tat of a revolver with 5 bullets along with the words, "God Forgives."

Aaron's lawyers argued that the tats should NOT be admissible -- claiming it was "rank speculation."

But the judge ruled there's too much of a connection to ignore -- and will allow prosecutors to present them as evidence in court.

Hernandez is accused of killing two people in a drive-by shooting after they accidentally bumped into him inside a Boston nightclub. He's already serving a life sentence for killing another man in 2013. 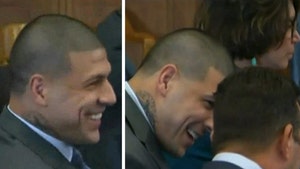 Aaron Hernandez to Lawyer -- Dude, You Murdered My Name (VIDEO)