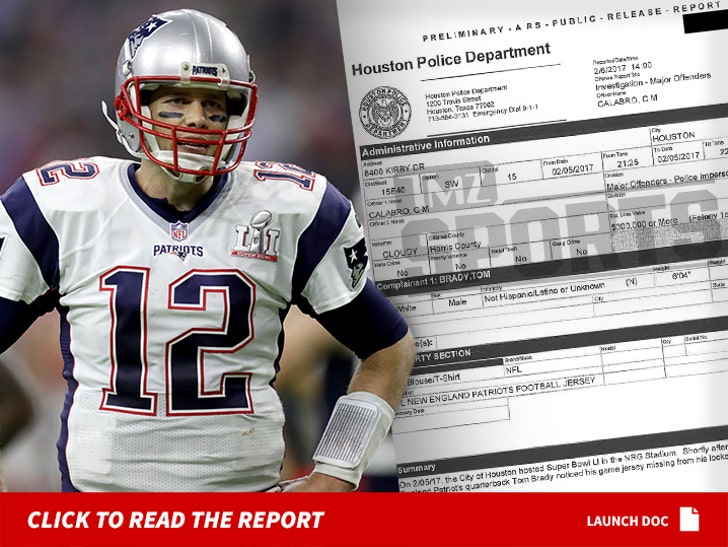 Tom Brady's Super Bowl jersey is still missing and presumed stolen, so say Houston cops, and it's valued at at HALF A MILLION BUCKS ... this according to the police report obtained by TMZ Sports.

The document lists the victim as 39-year-old Tom Brady -- a 6'4", 225 pound white male whose missing property is described as a "NFL New England Patriots Football Jersey" ... valued at $500k.

Of course, Brady famously noticed his jersey went M.I.A. while in the Pats locker room moments after beating the ATL Falcons at Super Bowl LI. Police confirm the case is still open with no new developments.

One interesting note ... the case is being investigated by a unit called Major Offenders - Police Impersona/Swindle.

Cops are listing the crime as a 1st degree felony.

It seems the Houston PD may be rubbing salt in the wounds of Falcons fans, because the report states Brady noticed his jersey was missing "shortly after winning the game." 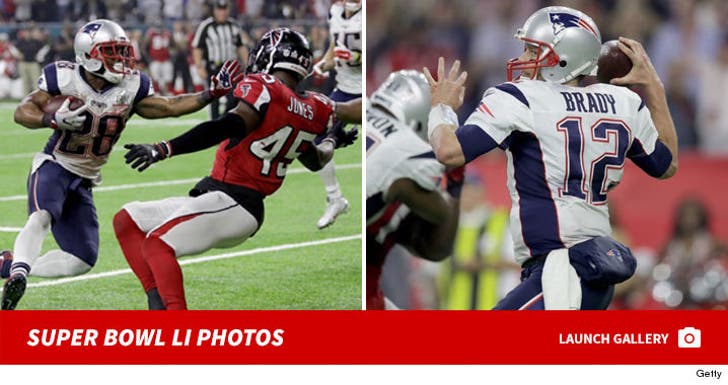