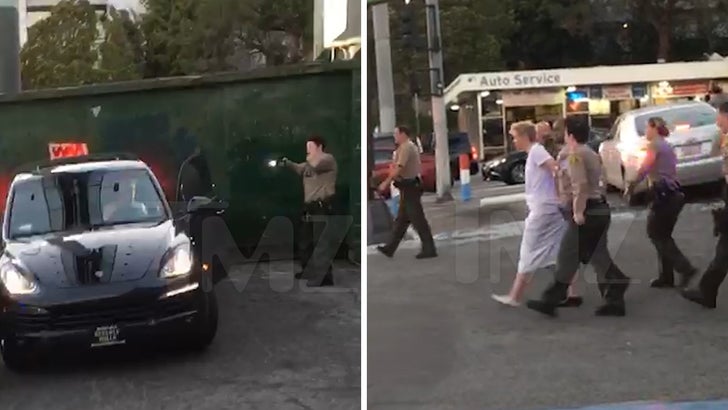 Jackie Warner came face-to-face with a cop's gun during her arrest in West Hollywood, and TMZ obtained some intense video of her brief standoff with law enforcement.

The video shows an L.A. County Sheriff's deputy aiming the gun while Jackie is behind the wheel of her car. The deputy's barking commands at Jackie, like ... "stay in the f****** car!" Jackie eventually emerged, in handcuffs, a white t-shirt, and a towel wrapped around her waist.

We broke the story ... the fitness queen crashed her car in WeHo, and when cops showed up things went south. Law enforcement sources say she backed into a patrol car ... forcing a deputy to jump out of harm's way, and leading to what happened in this video.

Jackie was arrested for felony assault with a deadly weapon. As for the towel around her waist ... we're guessing deputies put it on her. She was not wearing pants because, as sources connected to Jackie put it, she was "sleep driving" on Ambien.

8:27 AM -- Jackie's rep tells TMZ, "It is unfortunate that a bystander filmed Jackie without her knowledge and then released that footage to the media in an obvious attempt to humiliate her." The rep goes on, "Jackie was in an extremely vulnerable state, having driven in her sleep after taking doctor-prescribed Ambien." 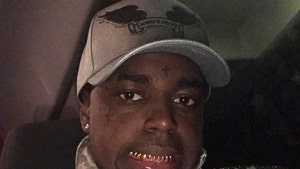 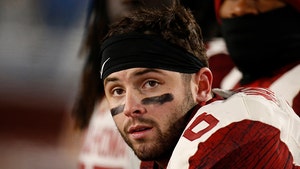