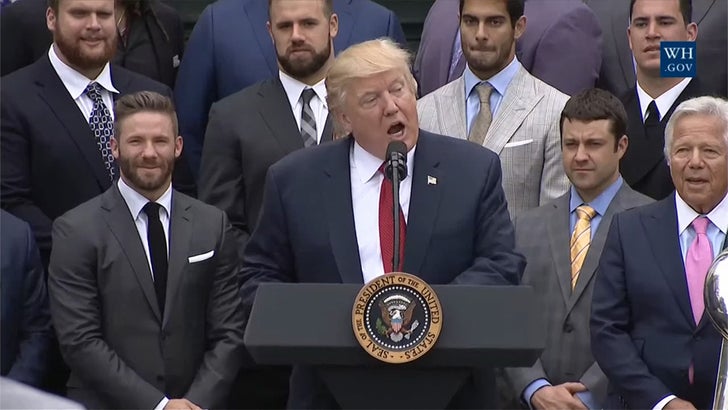 Seems Donald Trump isn't happy with Tom Brady -- because he didn't mention the QB's name ONCE at the White House ceremony honoring the New England Patriots.

Of course, Brady did not attend the ceremony, citing "personal family matters" -- shocking considering the two were supposedly friends.

Donald Trump has sung Brady's praises publicly on numerous occasions, saying he is the greatest QB who ever lived -- so for him to go radio silent during the ceremony sends a strong message ... he's pissed.

By the way, Trump shouted out a bunch of Patriots players by name including Danny Amendola, Julian Edelman, Matt Slater, Malcolm Mitchell and Trey Flowers. 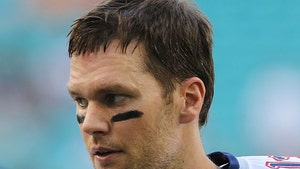 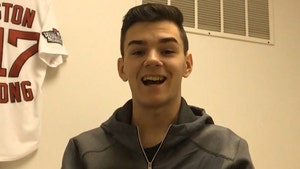