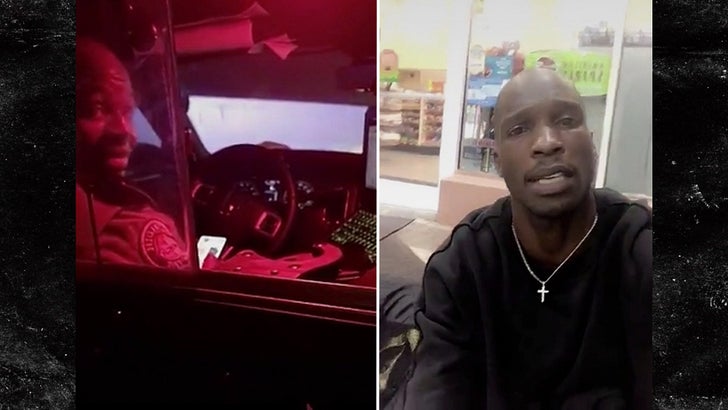 Chad Johnson was lucky to run into a highway patrol officer who was kind enough to give him a lift when his car blew a tire ... but duty called, and Chad was unceremoniously kicked to the curb.

Chad tells TMZ Sports he was driving home from a football game in Miami when he blew a tire. The former Bengals star didn't have a spare, so the whip had to be towed. An officer offered to take him home, and it actually looked pretty awesome for a while -- Chad in the back seat ... vibing out to Kanye.

But then ... a dispatcher sounded the alarm ... someone committed a 187 -- murder -- and the officer had to book it. So he dropped Chad off at a gas station.

He posted the video on Snapchat but didn't explain the circumstances. Mystery solved. 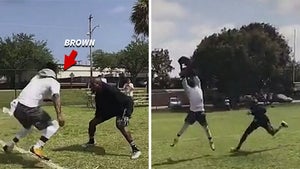