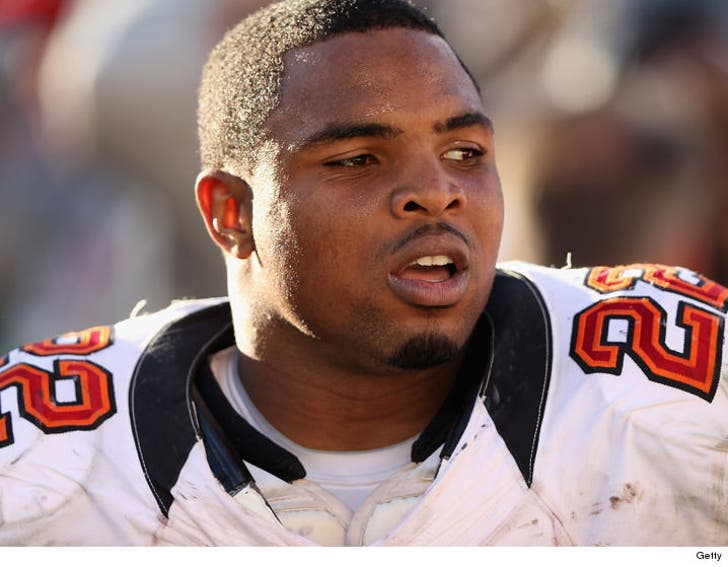 Tampa Bay Bucs running back Doug Martin was involved in a car accident in Tampa on Thursday afternoon and crashed into an air conditioner ... but luckily he escaped with only minor injuries.

Tampa PD says the 2-time Pro Bowler was driving his black BMW through an intersection when he was hit by another driver in a black Kia who blew through a stop sign. Martin's Beamer was forced off the road and ended up colliding with an outdoor air conditioning unit.

Law enforcement tells us Martin didn't go to a hospital and was treated on the scene for minor cuts and bruises.

As for the other driver, Tampa PD cited him for a stop sign violation.

The Bucs just issued a statement saying, "Doug was the unfortunate victim in an auto accident earlier today after leaving our team facility. While Doug's vehicle sustained a large amount of damage, we are pleased to report that he received only minor cuts and bruises. He has been evaluated by our medical staff and has headed home."