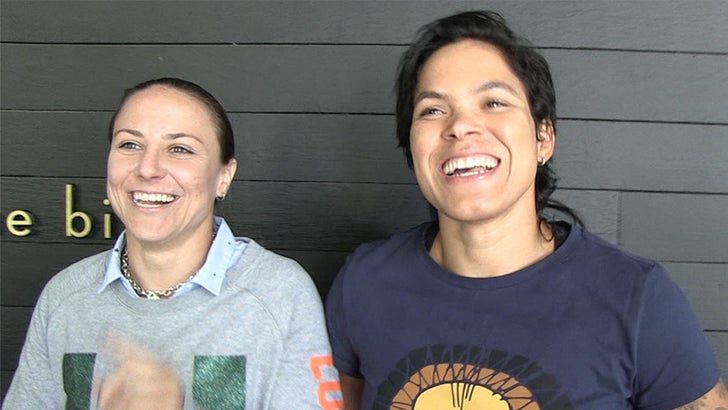 Amanda Nunes says she and her girlfriend have already worked out the name issue when they tie the knot ... and the Nunes name won out.

Amanda has been dating UFC fighter Nina Ansaroff for a while and they've been talking A LOT about marriage lately (Nunes even fake proposed during the interview).

And, speaking of weddings ... we also asked if there was any chance she'll attend Ronda Rousey's wedding to Travis Browne, and she didn't exactly say "No."

"If I don't have anything to do that day I might show up." 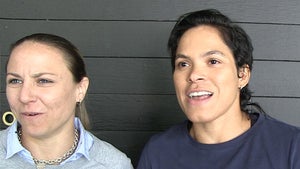 Amanda Nunes: I'm Better Than Joanna Jedrzejczyk and My GF Can Beat Her Ass (VIDEO)