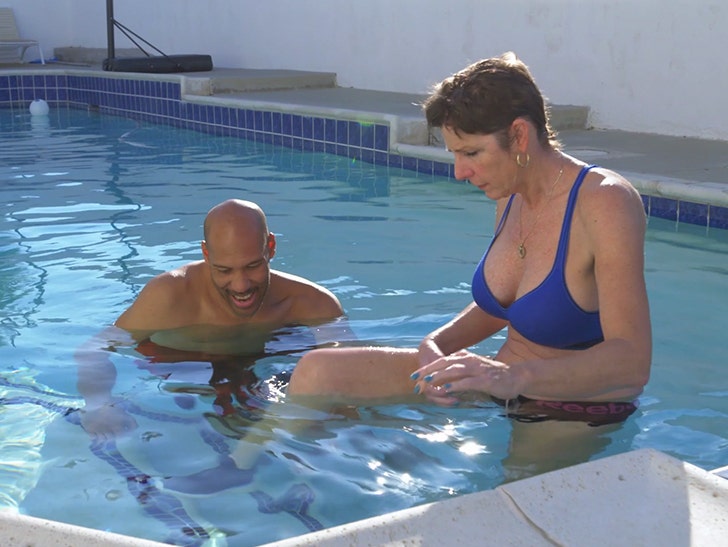 LaVar Ball just dropped the trailer for his new reality show -- which puts a spotlight on his wife's recovery from a stroke that was so severe, the family admits they didn't know if she would live or die.

Tina Ball suffered the stroke back in February -- and has essentially stayed out of the spotlight as her sons Lonzo, LaMelo and LiAngelo rose to basketball superstardom.

LaVar has been working with her in their Chino Hills home -- and finally allowed reality show cameras to document her recovery.

One powerful scene shows LaVar re-teaching Tina how to say "I love you."

At one point, Lonzo admits his mother's medical emergency "hit me kinda hard."

The 10-episode series, "Ball In the Family," debuts Thursday and also features much less serious topics -- like Lonzo's relationship with his girlfriend and LaMelo's youth basketball career.

Lonzo Ball: Thank You, Jay-Z! Your BBB Shoes Are Coming!