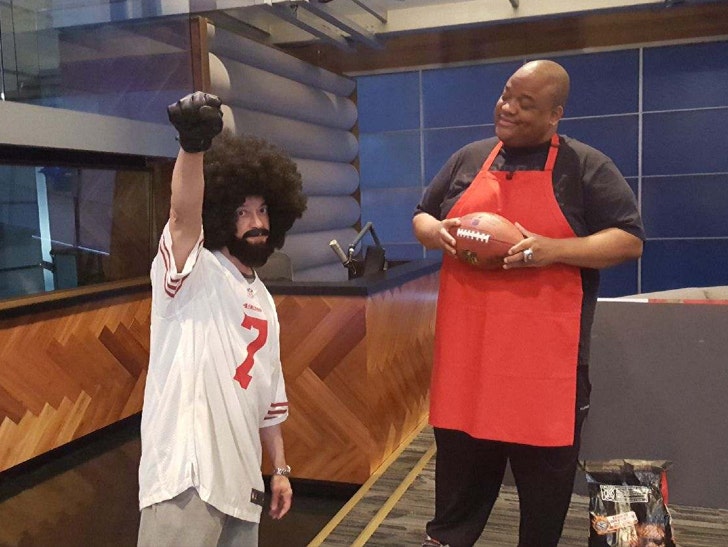 The man dressed up like Colin Kaepernick during a segment with FS1 star Jason Whitlock is not white ... despite what the Internet thinks.

Whitlock has been receiving all sorts of hate online from people who think he dressed up a white dude to mock the NFL QB. That's simply not the case.

Others -- including ESPN's Josina Anderson -- are pissed at Whitlock for "mocking a movement." Don Cheadle gave his stamp of approval to her criticism.

The actual segment involving Kid (as Kaep) has not aired (at the time this post was written) -- but Whitlock has hinted there's more to the story.

"I remember the good-old days when people sought real information before feigning outrage in a publication or publicly."