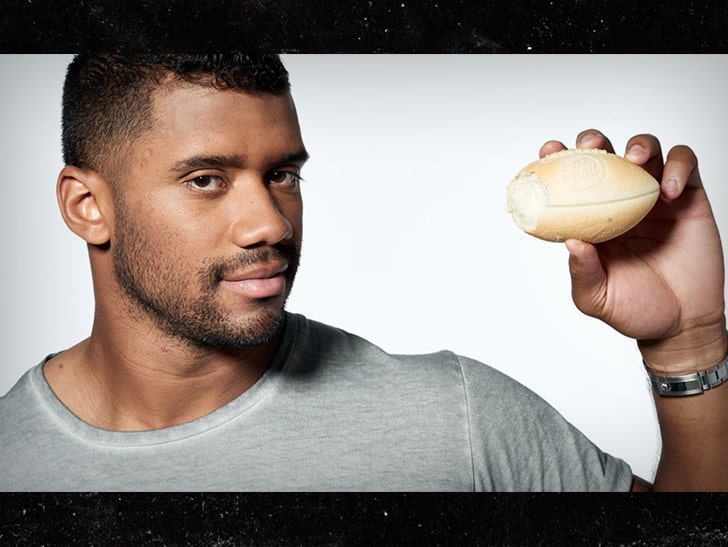 7:20 PM PT -- Russell's rep tells TMZ Sports, "Russell was simply an ambassador for the company at one point, but no longer has any active involvement. He simply has nothing to do with this situation and has no knowledge of the current status of Eat the Ball."

Russell Wilson's tasty edible ball business is blowing up in his face ... this according to two former employees who claim they got the stiff-arm when their paychecks were supposed to come.

The Seattle Seahawks QB is being sued along with a food company called Eat the Ball -- which makes bread in the shapes of footballs, baseballs, basketballs and soccer balls. All of the balls.

Russell has been a spokesperson for the company since it launched -- and according to the lawsuit, he's also a minority owner.

The two people suing are Joseph Carter (who says he was hired as managing director for annual starting salary of $170k) and Bridget Botting (who says she was hired for marketing with an $85k salary).

Both Carter and Botting say they didn't get paid on several occasions -- and haven't gotten a dime since July.

They're suing for a ton of cash plus damages ... and since Wilson's on-board, they've included his name as a defendant along with the company.

We reached out to Wilson's rep for comment -- so far, no word back. 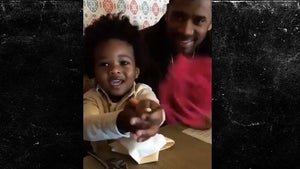