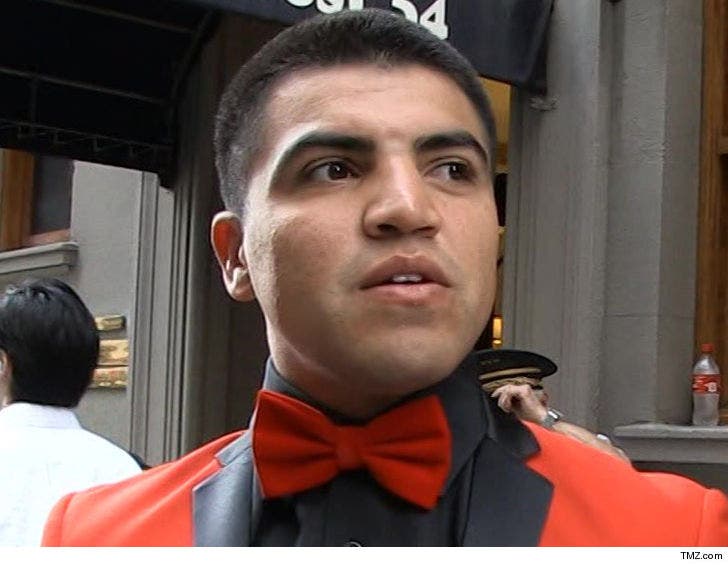 Ex-boxing champ -- turned "Dancing with the Stars" contestant -- Victor Ortiz struck a plea deal in his DUI case ... and he's on thin ice for the next 3 years.

TMZ Sports broke the story ... Ortiz was arrested on Sept. 24 of last year in Ventura County, CA around 7 PM when cops pulled over his BMW and smelled booze.

Officials say Ortiz's BAC was MORE than .15 ... which is a huge deal because in California, that triggers a "special allegation" which carries a tougher penalty if convicted ... more jail, higher fines, etc.

But Ortiz caught a huge break -- cutting a deal with prosecutors in which he plead guilty to a misdemeanor DUI and in exchange the "special allegation" was dismissed.

He was sentenced to 3 years probation and 8 days in county jail -- but he'll get credit for time served for 4 days and the remaining 4 days will be served as part of a work release program.

As part of his probation, Ortiz is not allowed to patronize bars -- or places where alcohol is the main draw.