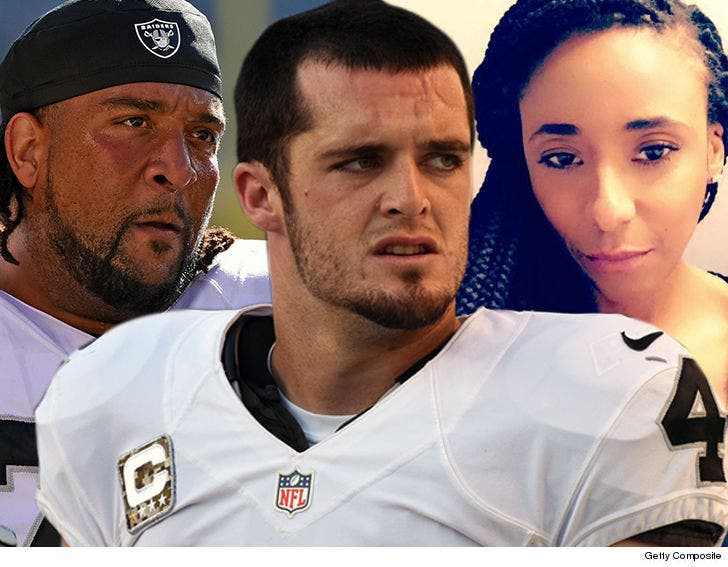 Oakland Raiders stud lineman Donald Penn says allegations that the offensive line plotted to injure QB Derek Carr over his stance on taking a knee are total and utter bullcrap.

Penn is firing back at Miko Grimes -- wife of Bucs star Brent Grimes -- who went on "The Breakfast Club" and claimed there was an internal dispute during Week 3 ... and the line let Carr have it in Week 4.

"The reason Derek Carr got injured is because the Raiders offensive line allowed him to get injured because he was against them protesting. They had a fight in the locker room before that Monday night game with the Redskins," Miko said.

She continued -- "That's the only all-black offensive line in the NFL is the Raiders. ... When the whole offensive line said they were going to kneel, he was like, 'No, you're not kneeling. This is America, you're going to stand for the flag' ... so when they came out to play, they basically had a plan."

Enter Penn -- the leader of Oakland's O-line -- who shot Grimes down hard.

"It’s crazy how people will make up lies and tell a story so false and untrue 2 get them some attention," Penn tweeted. "I hope it was worth it. All lies." 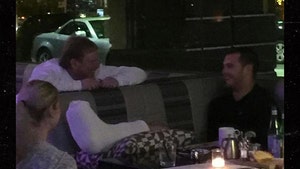 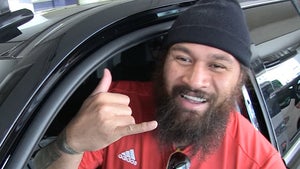