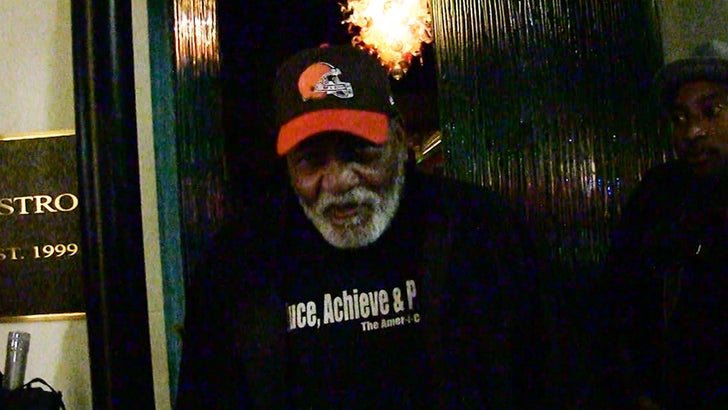 The NFL legend had previously lashed out against the protesters back in August -- saying, "I'm an American. I don't desecrate my flag and my national anthem."

But that was months ago ... and when the Cleveland Browns icon was leaving Mastro's Steakhouse in Bev Hills on Sunday, he wanted to make it clear he's changed his tune.

"I think if [NFL players] wanted to kneel and it was within the rules of the game, it's fine with me," Brown said.

.@JimBrownNFL32 gives us the 'real deal' on @Kaepernick7, flag, anthem and being an activist. pic.twitter.com/MMcLX3dteb