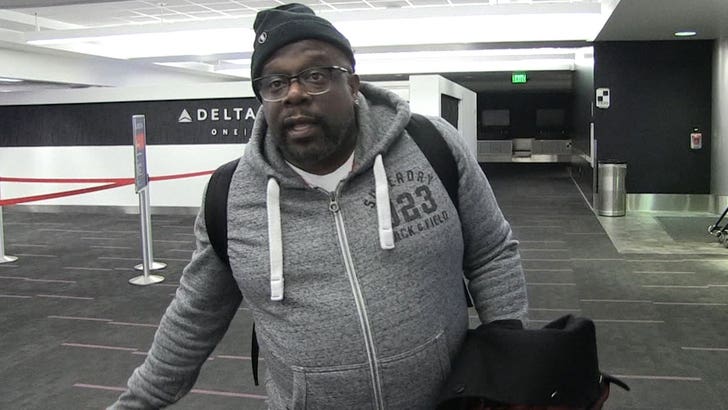 Cedric the Entertainer is all torn up about Russell Simmons -- he hates that his friend is losing so much professionally, but also seems to know he deserves it ... if the allegations are true.

We got the comedian Thursday night at LAX, where he discussed the rape claim from Jenny Lumet that forced Simmons to step down from his companies. Ced hemmed and hawed, and is clearly conflicted.

As Cedric said ... he has daughters and, with them in mind, he's not about to give Uncle Rush a pass for his alleged treatment of women.

He did offer some words of encouragement to Simmons and, staying true to his craft, tried his best to get a laugh.