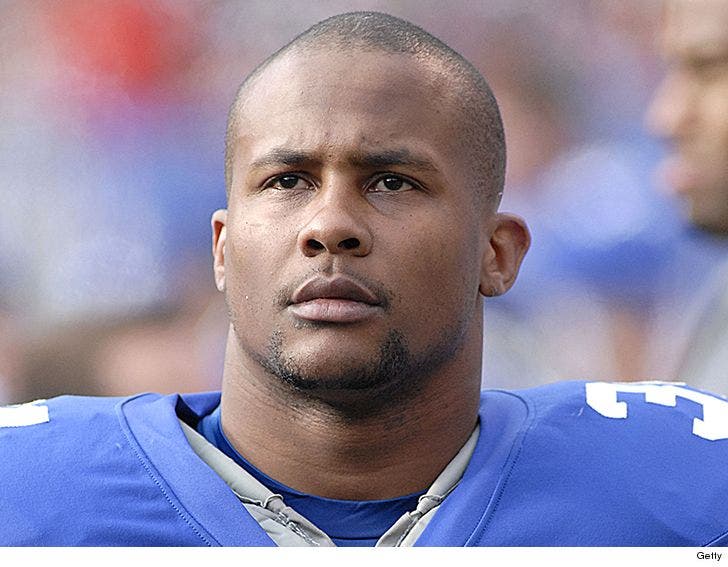 Former New York Giants running back Derrick Ward threatened to kill his wife and physically attacked her ... so she claims in new legal docs.

Naomi Lee Allen-Ward just got a restraining order, claiming Derrick has been verbally, emotionally and physically abusive toward her.

She gives several instances in her docs, including one where she says he was schooling her daughter about scuffed shoes and she chimed in to help calm down the situation. She says he responded, "You always have to f***ing say something! I hate you! I'll kill you! I don't care if I go to jail."

In another instance, during an argument in October of last year, she says he lunged toward her, poked her in the face and put his hands around her throat, saying, "You're so f***ing stupid."

She says she's been on the receiving end of monthly outbursts since their relationship began 9 years ago, but he became physically abusive over the last year. She says he shoves her, punches walls, breaks objects ... all in front of their children.

The restraining order requires Derrick to stay 100 yards away from his wife and children.