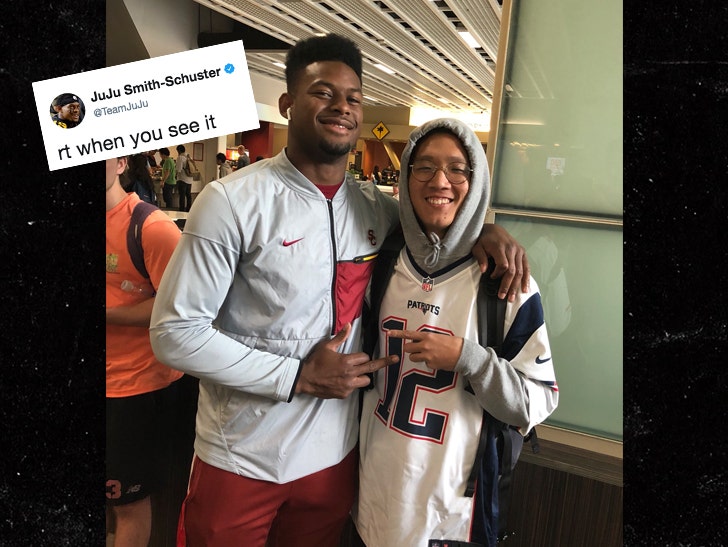 JuJu Smith-Schuster is playin' with fire!!!

The Pittsburgh Steelers rookie WR was asked to take a pic with a fan who happened to be wearing a Tom Brady jersey ... and he obliged.

JuJu posted the pic on social media with the caption, "rt when you see it."

It's funny -- gotta wonder if Mike Tomlin's laughing about it, too (hint: no).

BTW, JuJu lit up the Patriots when they played in Week 15 -- racking up 6 catches for 114 yards including a 69-yard crossing route that ALMOST won the game for the Steelers.

They ended up losing 27-24 when Big Ben threw a pic from the 7-yard line with time running out in the 4th quarter.

Can't wait for the rematch!!! 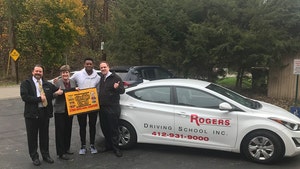 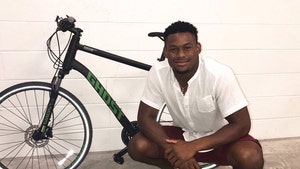