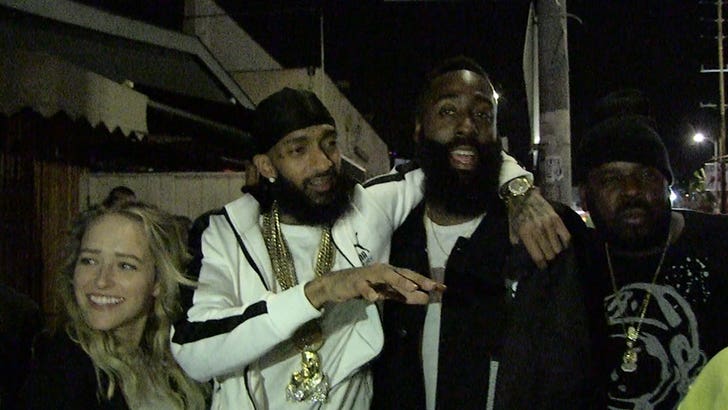 You can tell James Harden was genuinely touched when Nipsey Hussle called him out in the middle of an L.A. street last night ... and bragged about his success right to our cameras.

Hussle is an L.A. native -- loves the city -- and couldn't be more proud that Harden grew up here too.

In fact, Hussle called out one of the schools Harden attended growing up -- Audubon Middle School -- which is located in the Crenshaw District, near several businesses Hussle owns.

"The n**ga that broke the NBA records for the highest motherf**king contract ever went to Audubon," Hussle says proudly!

Hussle is referring to the $228 million deal Harden signed in 2017, the highest ever at the time.

The video is just cool to watch ... 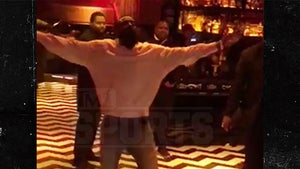