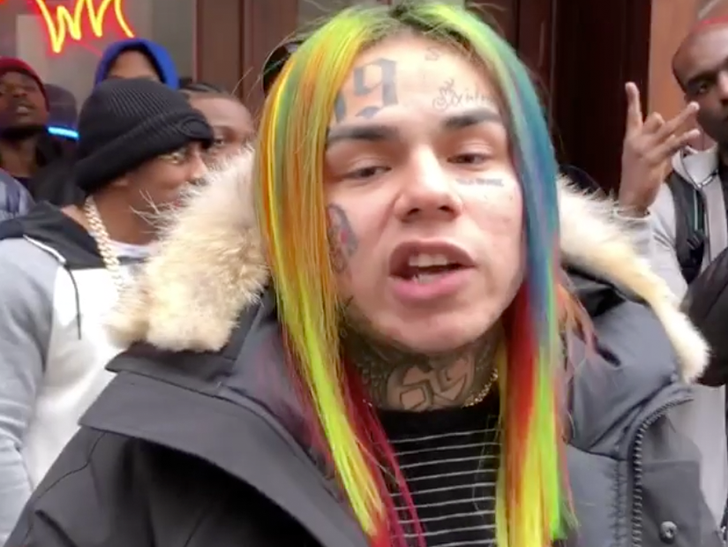 Tekashi69 -- aka 6ix9ine -- isn't letting a little thing like gang threats or that huge LAX brawl, stop him from taking the stage in San Antonio ... TMZ has learned.

6ix9ine is still scheduled to perform at Bar 23 Thursday night ... according to a manager there, he is upping security due to a threat from San Antonio's Tango Orejon gang.

Purported members of the gang posted a Facebook video Sunday, telling 6ix9ine he's banned from their city and would get "f***** up" if he shows his mug.

The gang threat refers to the charges 6ix9ine pled guilty to in 2015, involving a minor. Prosecutors say he was recorded groping a nude 13-year-old girl. As the gang members put it, "Penitentiary rules are in effect."

We're told the club's main goal is to keep everyone at the venue safe, and to get 6ix9ine in and out without incident. The manager also tells us they've notified local police about the threat.

As for 6ix9ine ... he seems to be going forward with his tour, full steam. He was just in Dallas Wednesday night, and teased his performance in San Antonio.