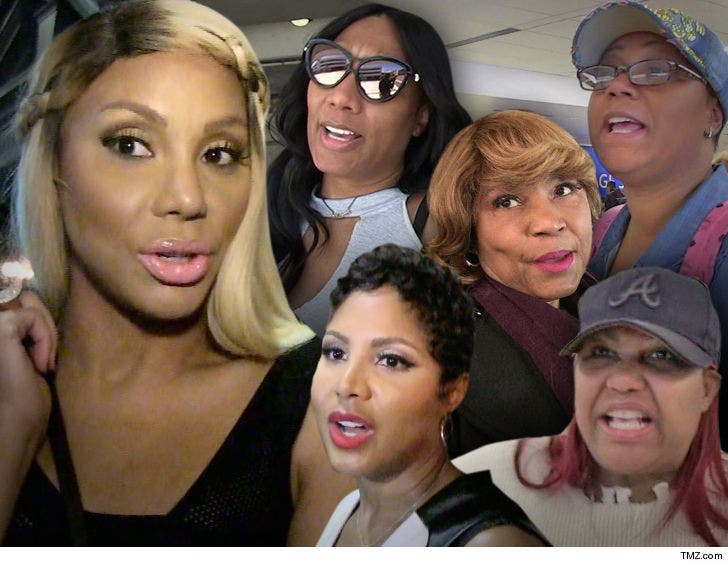 Tamar Braxton is furious with her family, because she believes they're ganging up on her estranged husband to vilify him on the new season of their reality show ... TMZ has learned.

Sources close to Tamar tell us ... she's supposed to be promoting the return of "Braxton Family Values," but is refusing because she thinks Vincent Herbert is being portrayed in an unfair light in an effort by her mom and sisters to destroy him.

We're told show cameras have captured Tamar and Vince as they steer through their pending divorce, but Tamar feels the family's using fake storylines to drum up ratings and frame Vince as a villain. We're told she's pissed her kin would "stoop so low for personal gain" and unless producers edit out what she feels are lies ... she'll refuse to promote it.

As we've reported ... Tamar insists she's not getting back together with her estranged hubby after his Christmas Day arrest, but she wants to remain cordial with Vince for the sake of their son.