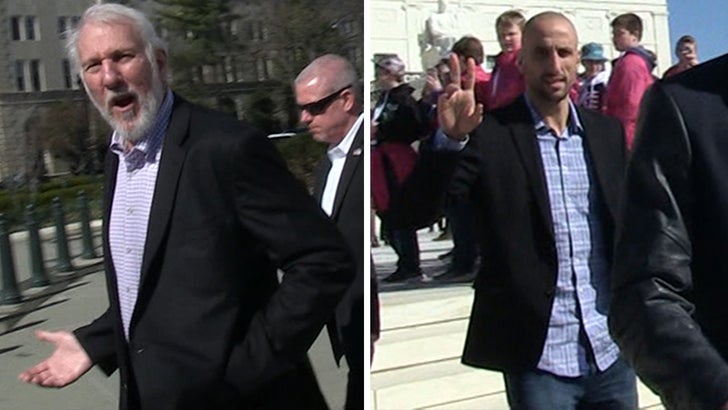 Gregg Popovich doesn't exactly like Donald Trump's White House, but he ain't down on all of D.C. ... 'cause Pop took the gang to another Washington landmark -- the Supreme Court!!

Unclear if Pop and co. were there on any official business or just to see the sights ... but they sounded pretty stoked talking to us on their way out.

Pop called the trip "great." Pau Gasol said it was "very nice." Manu Ginobili went the diplomatic route and told us their outing was "equal" to a White House trip.

FYI, Pop WRECKED Trump for leaving D.C. before March for Our Lives this past weekend -- calling it "cowardice" to avoid the protests and hang at his resort in Mar-a-Lago.

Coach is clearly in better spirits, now -- have you ever seen him smile like that?! 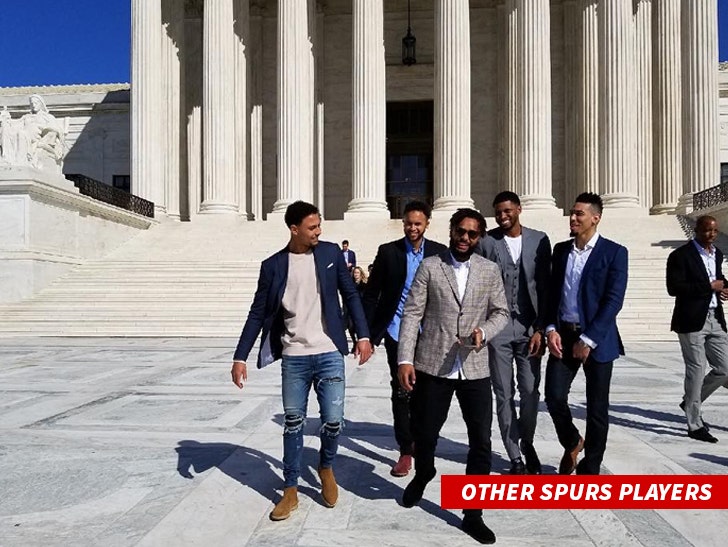 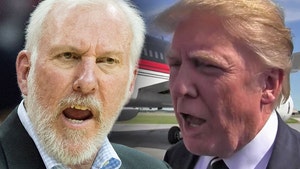 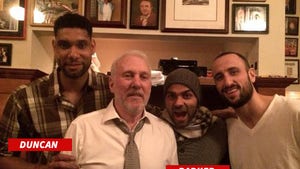