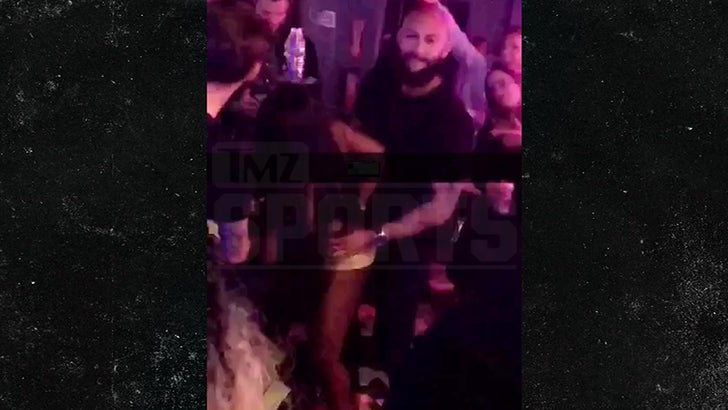 Tim Howard's a goalie ... so, unlike everyone else, he's allowed to use his hands -- even at the strip club!

The Team USA soccer legend was living it up at the legendary V Live over the weekend -- where we're told the dancers and the staff FREAKED OUT (in a good way) when they saw him walk in!

Side note -- apparently, soccer is huge in the Texas stripper community.

He bumped, he grinded ... he threw out thousands of dollars in cash -- everyone had a great time!

Howard and the Colorado Rapids were in Texas to face FC Dallas on Saturday ... and even though the game ended in a draw, Howard was clearly in the mood to celebrate.

He'll have plenty of time to come back and visit later this year ... since, you know, Team USA won't be busy with the World Cup or anything ...