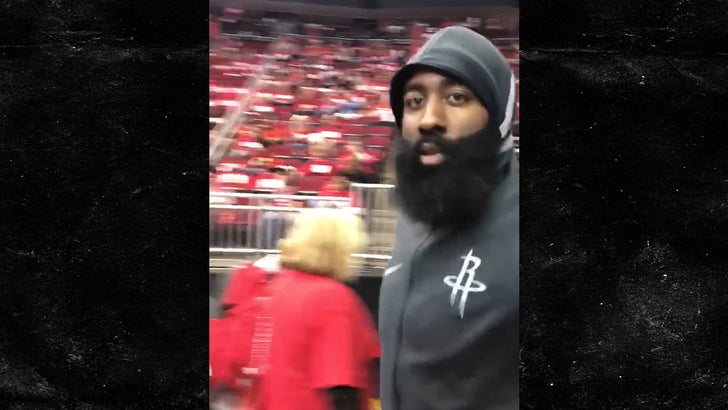 Talk about an overreaction -- James Harden reached out and smacked the crap out of a Jazz fan's cell phone Wednesday all over some harmless heckling ... and the cops were involved.

But get this ... despite the fact the fan was on the receiving end of the smack, the cops treated HIM like the bad guy and scolded him for talking trash at a basketball game.

So, what was the heckle that sent Harden over the edge?

"You're still the worst flopper in the NBA."

The fan was behind a barricade at the time of the incident and posed no physical threat to Harden. Still, the Houston Rockets star smacked the guy's phone anyway.

The fan was flabbergasted when cops chastised him -- even though he pointed out that HE was the one who was physically assaulted.

Eventually, the fan went back to his seat and promised not to stand behind the barricade for the rest of the game. No arrests were made.

This isn't the first time Harden's been accused of smacking a fan with a camera -- remember, he was sued back in 2013 for allegedly belting a guy outside of a nightclub who yelled, "Kobe owns your ass!" 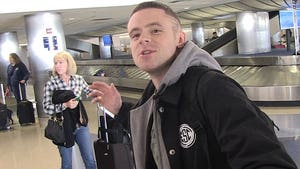 AND1's 'The Professor' Says James Harden's Crossover 'Not the Greatest,' Here's Why 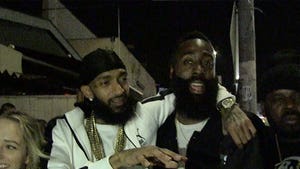