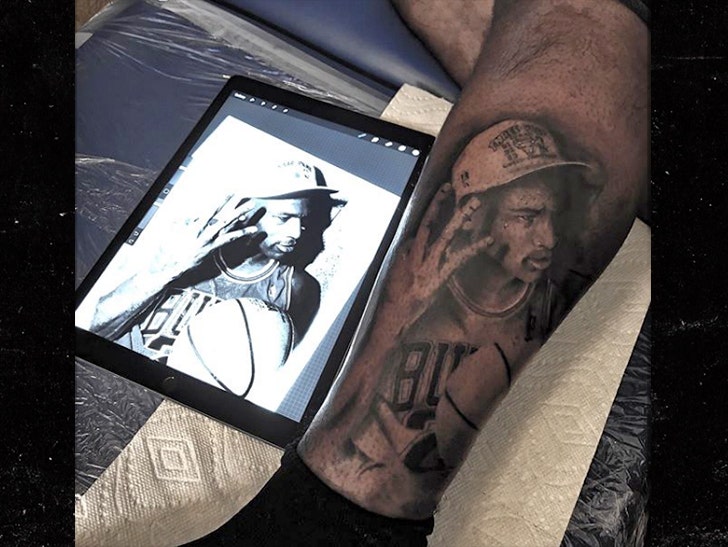 Corey Clement is #30 on the field, but his new body art is all about #23 ... 'cause the Eagles star got a freakishly realistic tat of Michael Jordan on his leg!!

Clement clearly ain't afraid of the needle ... he got tats honoring his Super Bowl win just days after the game -- with an eagle on his forearm and 'SBLII' letters on his neck.

But it's just the beginning for the young RB ... 'cause the dude's following Odell Beckham's lead and getting his whole leg tatted with his favorite legends -- starting with His Airness!! 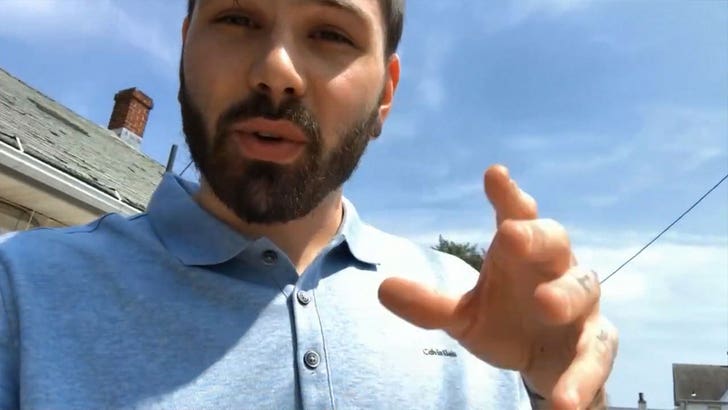 BTW -- Czar's been blowing up in the sports world ... he's done work on stars like Johnny Manziel, Jihad Ward and Sidney Jones﻿.

Czar says Corey wants to cover his leg with all his inspirations ... and reveals Jimi Hendrix will be the next addition to the sleeve. 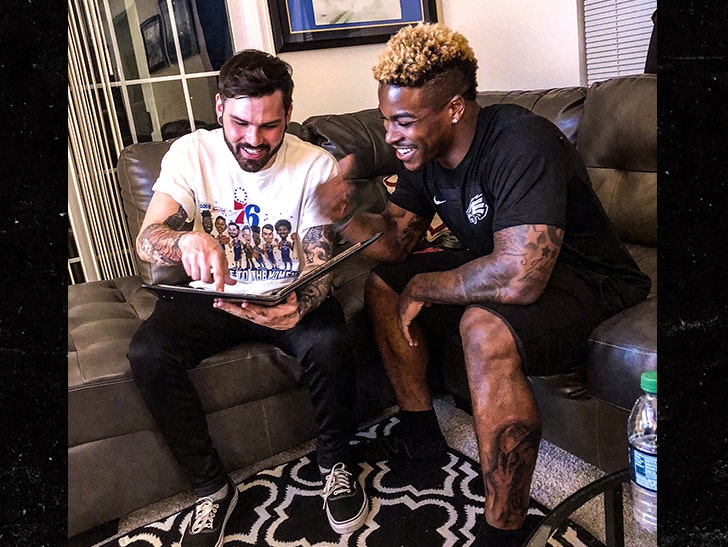 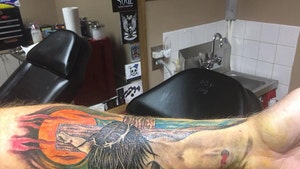 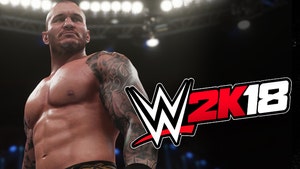