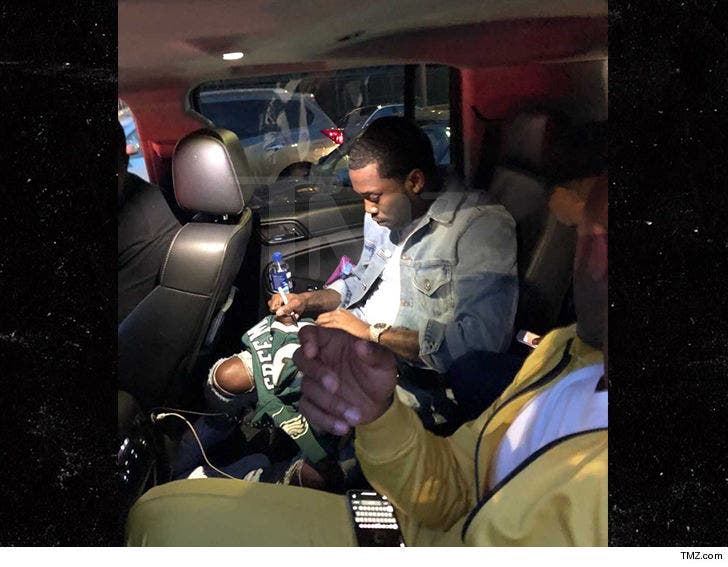 Meek Mill is well beyond prison walls now, and any merch signaling otherwise oughta be corrected to reflect his current sitch -- according to Meek himself, who did just that for a fan.

Philly fan Zack Rothenberg spotted Meek sitting in his SUV Saturday after the 76ers game against Boston, and approached the car by foot (in the middle of traffic, mind you) for an autograph on his custom Eagles jersey ... which reads "Free Meek" on the back.

Meek happily obliged, but rather than his usual John Hancock, he signed the jersey with "Meek Free!" We're told the rapper liked it so much, he took a photo of the jersey himself. He doesn't appear to have posted it yet, however. 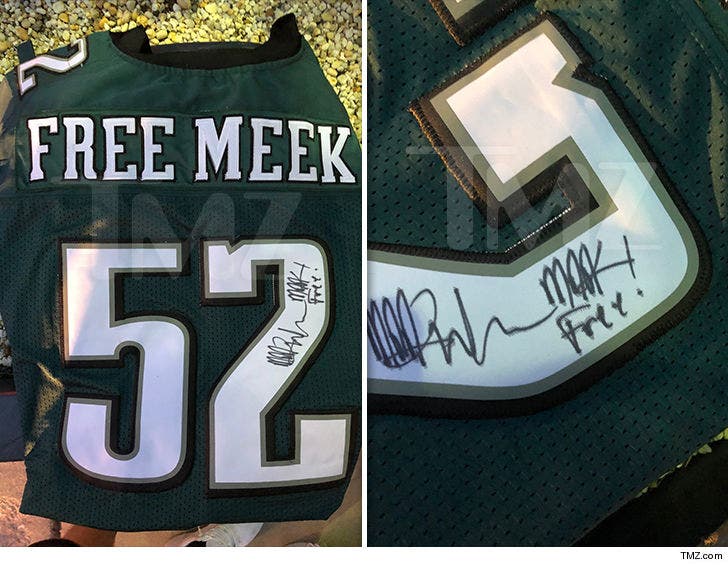 As we've reported ... Meek's been the toast of the town in Philly since being released from prison a couple weeks ago. He was choppered to the Wells Fargo Center to catch Game 5 of the Heat series, and was allowed to ring the ceremonial bell before tip-off.

Despite Meek saying he doesn't truly feel free even on the outside, he's apparently free enough to put it down in Sharpie ... for now, anyway. 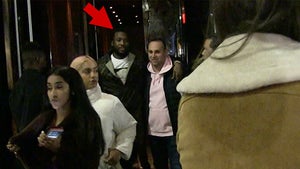