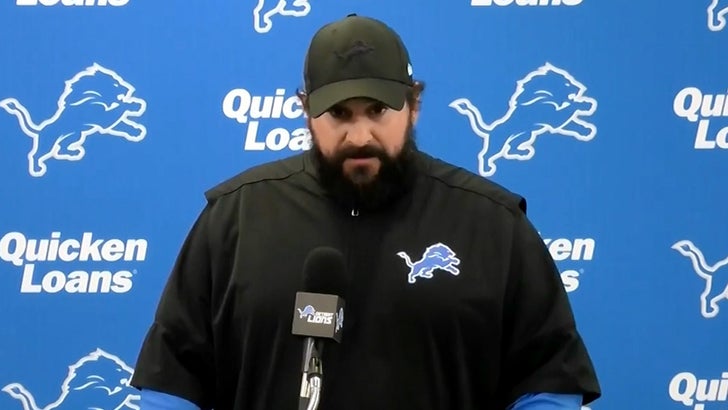 Detroit Lions head coach Matt Patricia says he's had to live with the "mental torture" of being falsely accused of rape 22 years ago ... but insists, "I was innocent then and I'm innocent now."

The background ... Patricia and a college football teammate were accused of raping a 21-year-old woman in 1996 during a spring break trip to South Padre Island, off the coast of Texas.

He was indicted, but the case was eventually dismissed.

Patricia just addressed the media about the case -- and stated over and over again that he was NOT convicted of a crime.

"There were claims made about me that never happened," Patricia said.

He noted it was "unfair and upsetting" that someone would bring this case back up more than 20 years after it was dismissed.

Patricia says he did not volunteer information about the case to the Lions during the interview process for the head coaching job -- but has never lied about the case when asked about it.

Patricia's position is clear ... since he wasn't convicted of a crime, he felt no obligation to disclose that he was falsely accused of anything.

Patricia says he will use the situation to educate his players about the media and to remind them how careful they need to be in life.