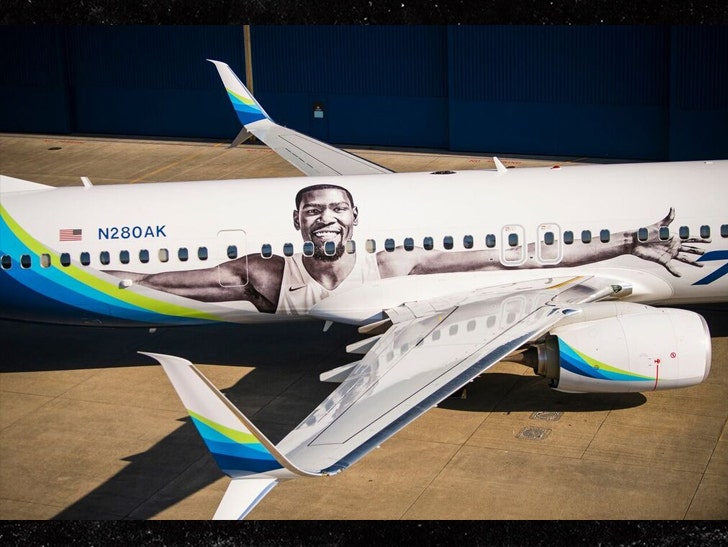 Kevin Durant will never have to fly coach again ... 'cause the NBA superstar's riding on the OUTSIDE of this plane from now on!!

The Golden State Warriors baller got a massive 560 square foot decal on the side of a plane as part of his partnership with Alaska Airlines aircraft ... complete with an insane 50-foot wingspan!!

A rep for the airline says the Durant decal is made of 34 pieces and took more than 144 hours to install on the 737-900ER aircraft.

Durant's been partnering with Alaska Airlines since September 2017 ... and serves as the "Advisor to the CEO" ... which apparently means the dude gets to put his face on a plane. 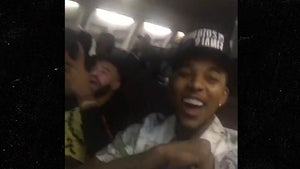