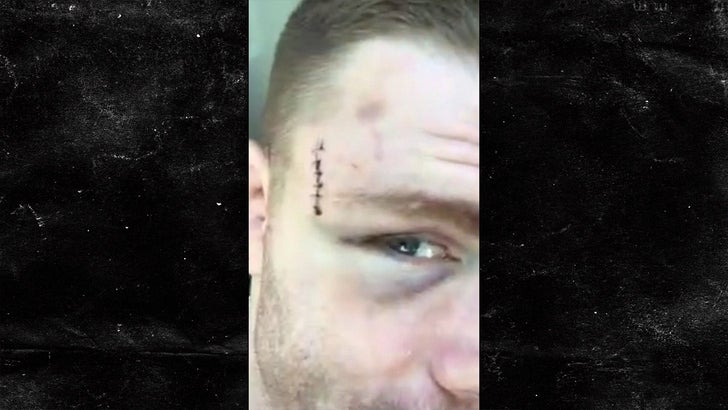 How many stitches did it take to close all the bloody gashes on Paul Felder's face after his war with Mike Perry at UFC 226???

Well, TMZ Sports has the answer ... thanks to Paul -- who gave us a video tour of his injuries -- and it's pretty graphic stuff!

Paul -- who's gotta be one of the toughest guys on the planet -- fought ALL 3 ROUNDS with Perry Saturday night despite breaking his arm in round 1. He even threw spinning backfists AFTER the injury!

Felder says he was pretty numb to the pain during the fight -- but could hear the clicking of his broken forearm when he tried to make a fist!!!

Felder's manager posted a crazy video showing doctors stitching him up -- and dude DOESN'T FLINCH after getting his massive gash flushed out with a big ass needle.

Don't worry, Felder says he'll be okay -- though he doesn't know how long he'll be out. 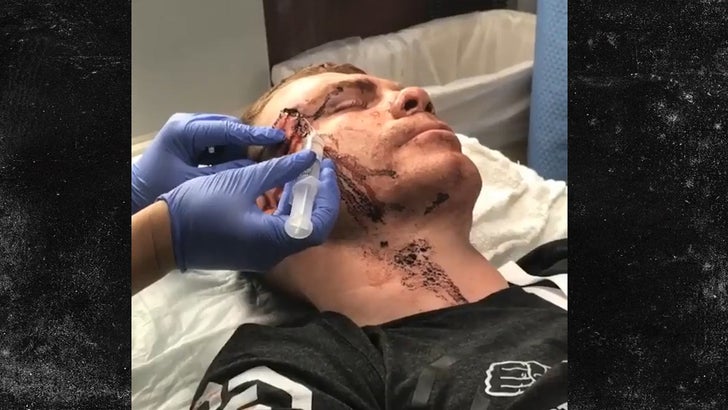 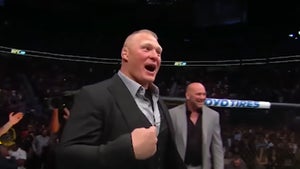