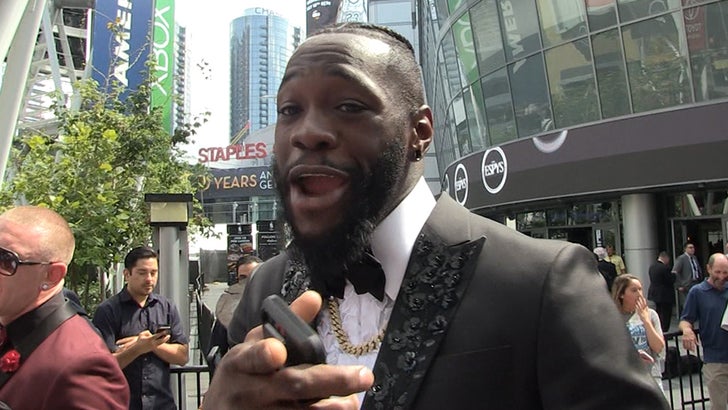 Deontay Wilder might be called the bronze bomber but the reasons he wants to beat the hell out of Anthony Joshua are red, white, and blue ... telling TMZ Sports he's doing it for the honor of America.

The superfight's on hold right now ... with Joshua fighting Alexander Povetkin in September, putting Wilder in a holding pattern until that fight happens.

We got the champ out looking spiffy arriving to the ESPYs, he told us he's still desperate to make the fight happen, because the world needs one champion, and he should be from the land of the free.

"I care about bringing the belts back to America and having one champion, one face, one name."

For his part, Joshua told us Tuesday he's committed to making a fight happen, whether he wins his next fight or not. 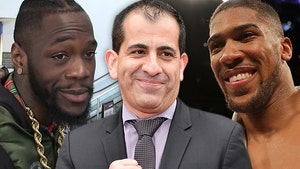 Wilder vs. Joshua Could Happen This Year, Says Showtime Honcho 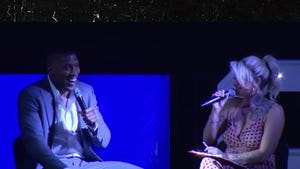