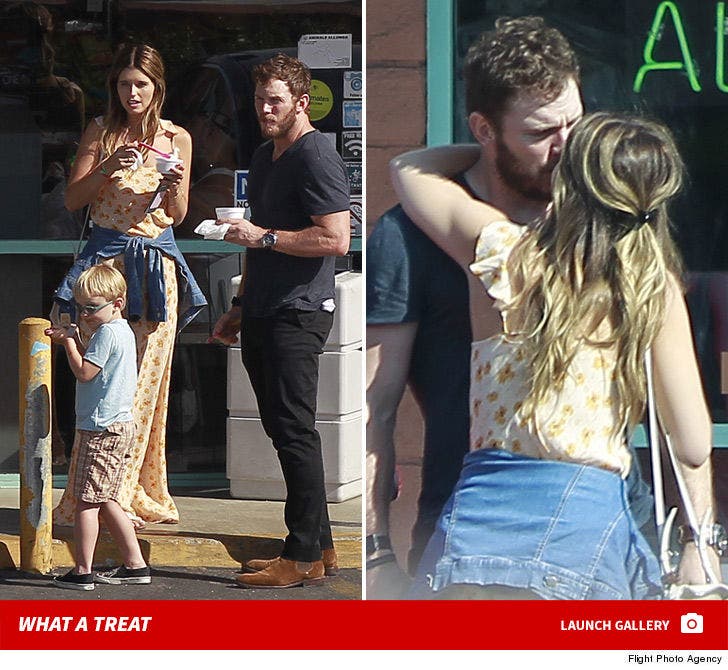 Chris Pratt and Katherine Schwarzenegger are officially a couple -- a churchgoing one at that -- but they won't really show it until they're out of God's purview.

The recently-single Hollywood stud was spotted on another date with Arnold and Maria's 28-year-old daughter Sunday -- this time with his and Anna Faris' son, Jack, tagging along ... not to mention JC. The trio hit up a church service in L.A. and ice cream afterward.

It wasn't until Chris and Kat were out of the Lord's house that they smooched a bit ... not once, but twice! Seems like things have gone well since their Santa Barbara picnic last month.

As for Jack, we're guessing he's getting used to his parents' new boos since they filed for divorce -- Anna certainly hasn't shied away from having her new BF step in as stepdad. 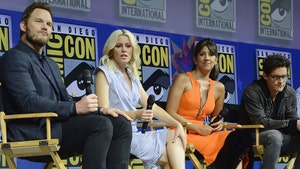