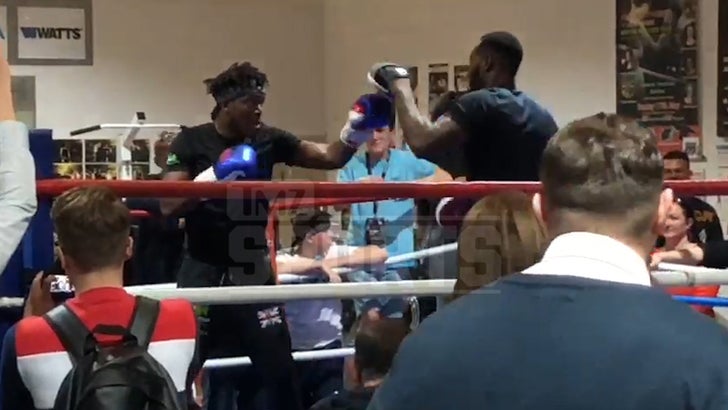 KSI's getting some last minute work in the ring before trying to bash Logan Paul's face in this weekend ... putting his skills on display in a boxing sesh and TMZ Sports has the footage.

The 25-year-old YouTube star hit the gym in Manchester, England for a public workout session in front of fans and media. We're told KSI has been training like a maniac, taking the fight very seriously.

KSI and Logan Paul will face off on August 25 -- the two have been promoting the event like crazy ... and both have dreams off launching into pro fighting careers afterward.

Logan was a star high school wrestler and placed in the Ohio state tournament his senior year. He's a real deal athlete and pro fighters have told TMZ Sports they're genuinely impressed.

KSI already has a fight under his belt -- he beat up YouTube star Joe Weller in a bout earlier this year and has been focused on training ever since.

Check out the training video -- dude's got some quick hands.

While Logan vs. KSI is the main card, their younger brothers Jake Paul and Deji are the undercard. They've been talking all sorts of crap for months ... and Jake even SLAPPED Deji during an altercation at a fan meet and greet on Wednesday.

It all goes down on Saturday. No more talking. Just fighting. 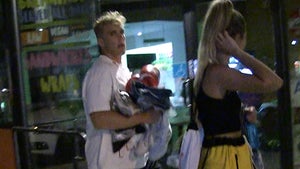 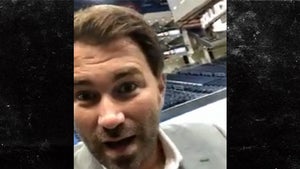