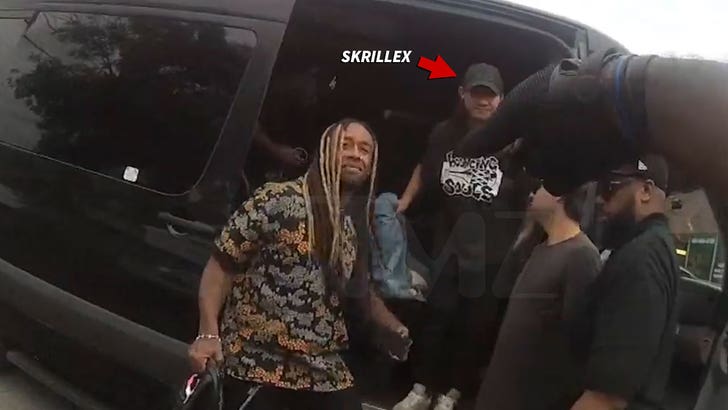 Ty Dolla $ign wasn't the only celeb present during his drug bust ... turns out Skrillex was there too.

Atlanta PD just released its body cam footage from the rapper's arrest earlier this week, and it shows an officer on foot patrol telling another officer he smelled weed, but nobody had gotten out of the limo.

Cops ultimately got everyone out of the vehicle ... with Dolla and Skrillex as the second and third passengers to step out. You can see Dolla tell cops he had been smoking weed earlier. Cops asked if anyone has anything on them but no one admits to the weed and that's when cops start patting them down.

The famed DJ was polite with cops and he even smirks a bit. The whole group was thoroughly searched. Skrillex had nothing on him. Moments later, you hear a cop searching the limo say, "cuff him" and that's when Dolla's placed under arrest.

TMZ broke the story ... Dolla was arrested for possession of less than an ounce of marijuana and possession of cocaine. Cops say the drugs were found in his bag. 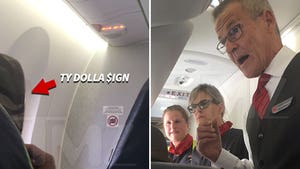