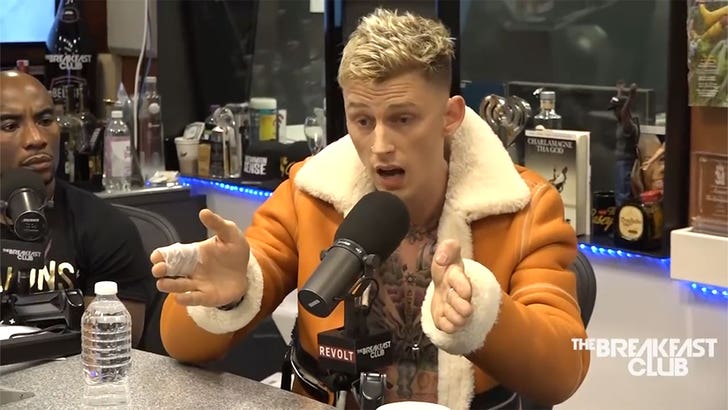 Machine Gun Kelly says he apologized to Eminem's camp years ago for saying Em's daughter is hot, but now he's got no time for the "old man" -- oh, and he also insists he banged Halsey. Sorry, G-Eazy.

MGK went on "The Breakfast Club" Thursday and talked about calling Em's manager, Paul Rosenberg, in 2012 to say sorry for tweeting about Em's then-teenage daughter. He says he thought the issue was squashed, but adds there are still people at Interscope -- his and Em's distributor -- who pick sides ... even the ones assigned to promote his music.

Fast forward to 2018 and we get "Kamikaze," "Rap Devil" and then "Killshot." MGK doubles down on his claim Eminem is old and irrelevant in hip-hop today. As for a possible sit-down between the two -- Kelly had only 2 words ... one of them starts with 'F.'

He also briefly addresses the fight he and his security got into in Atlanta with actor Gabriel "G-Rod" Rodriguez. Kelly refused to elaborate on why his fingers are bandaged.

Kelly eventually talks Halsey and says he "absolutely" hooked up with her after she split with G-Eazy earlier this year. She eventually got back together with G, but not before MGK fired off a diss track at her man ... and received one in return.

Also for the record, MGK was swilling tequila during this interview. 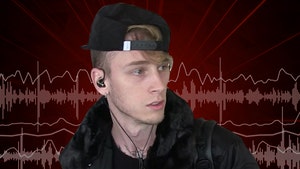