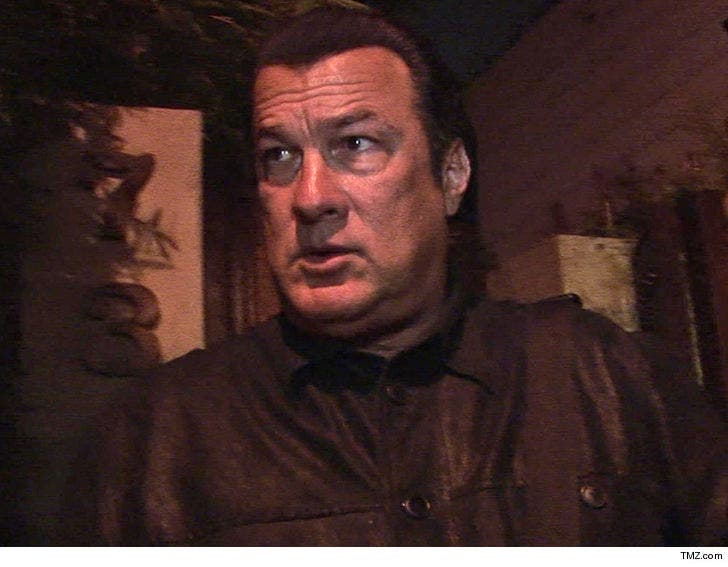 Steven Seagal was quick to shut down an interview after a reporter brought up a rape allegation made against the actor.

Seagal appeared on BBC's Newsnight Thursday and host Kirsty Wark brought up the #MeToo movement. Wark then says, "You've been very much caught up in all the allegations of sexual harassment, you had a rape allegation against you and I wonder how you deal with all that?"

This is the moment Steven Seagal walks out on a #newsnight interview over questioning about #metoo allegations, which he denies.@sseagalofficial | @KirstyWark | @BBCTwo | #newsnight pic.twitter.com/Lr6mE3th4F

Just as Wark wrapped her question, Seagal ripped out his earpiece, stood up and walked out of camera view.

Seagal was accused in March of raping a woman back in the 90's ... another woman claimed he had sexually assaulted her in 2002. Portia de Rossi claimed Seagal sat her down on a couch during a casting for one of his films and unzipped his pants, so she fled the room.

Last month the Los Angeles District's Attorney's office determined the rape allegation was well beyond the statute of limitations and Seagal would not face any charges.