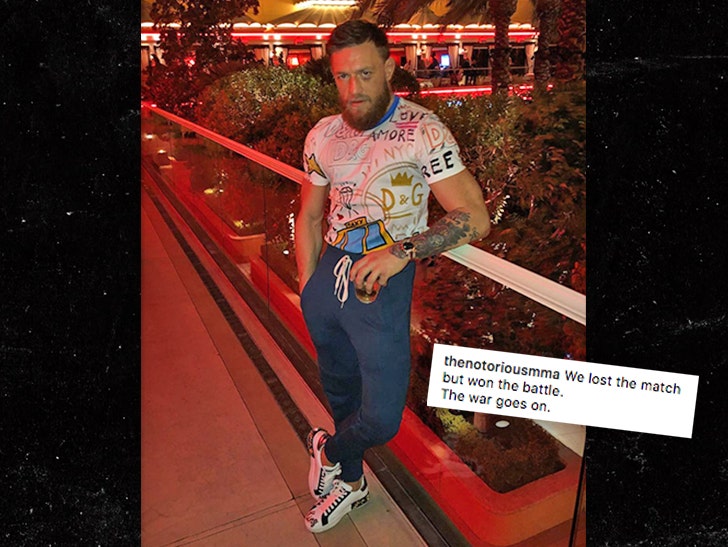 Conor McGregor is taking his L with a shot of his Proper 12 whiskey and a black eye from Khabib Nurmagomedov ... saying "we lost the match but won the battle."

It's the first time we've seen McGregor since he got choked out by Khabib in the 4th round at UFC 229 on Saturday night ... and all things considered, Conor looks pretty good.

Of course, Conor and Khabib got into a massive brawl with each other's crews after the fight ended ... with Nurmagomedov jumping out of the Octagon to confront Conor's training partner, Dillon Danis.

Conor didn't do any media after the fight and blew off his club appearances on Saturday ... but he appears to be moving forward.