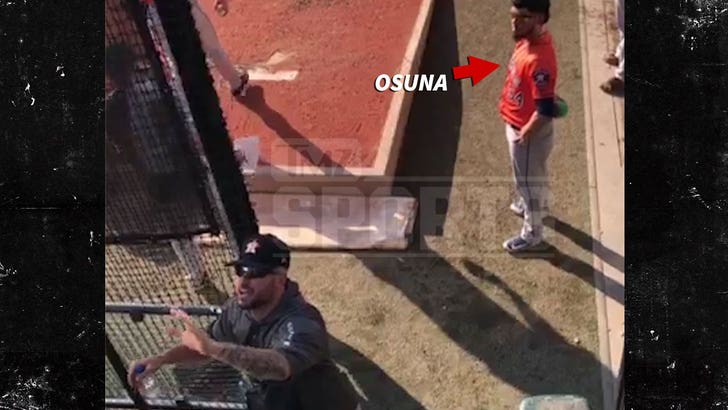 Houston Astros pitcher Ryan Pressly tried to play the role of peacemaker with a heckler who was going after Roberto Osuna ... but Pressly ended up calling the guy a "dickhead" and walking away.

It all went down on Monday when the Astros were taking on the Cleveland Indians at Progressive Field for Game 3 of the ALDS ... when a CLE fan began teeing off on Osuna.

The person who shot the video says the heckler was going after Osuna about his domestic violence arrest -- yelling things like, "Do you remember baseball before you committed domestic violence?"

Osuna -- who pled not guilty in his criminal case -- didn't say one word to the heckler but fellow pitcher Pressly came over to try to calm things down.

"Stop, stop, stop ... I don't care what you say. You can talk all the sh*t you want. Just don't bring that stuff up," Pressly said.

The heckler argued that Osuna should be able to handle the trash talk because he's a pro -- but Pressly fired back.

"He's trying to be a professional ... but you're coming over here being a dickhead, dude."

Finally, Pressly gives up and walks away ... telling the heckler, "You're f*cking soft."

The Astros ultimately won the game 11-3 -- clinching the series. Osuna never had to come in and pitch. 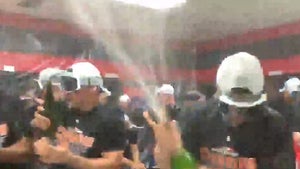 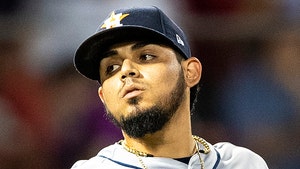