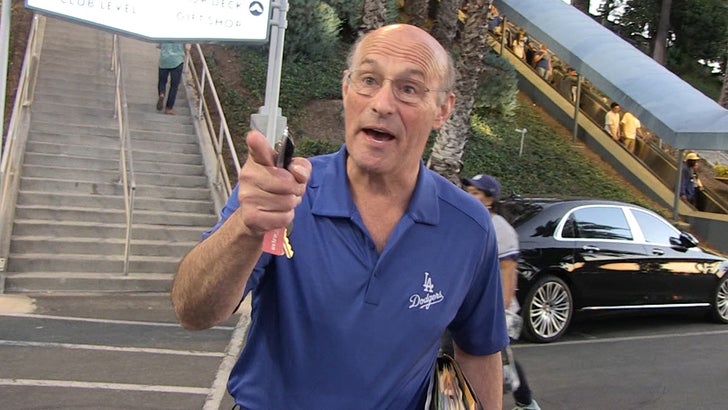 Here's Dodgers president Stan Kasten (jokingly) LYING TO OUR FACE about Clayton Kershaw -- saying he's not focused on getting a new deal done with the pitcher -- but that's okay, we know what's really going on.

Kershaw has 10 days after the World Series to decide if he'll opt out of the remaining 2 years of his $215 MILLION deal with the Dodgers ... and insists he hasn't made up his mind yet.

So, when we saw Kasten after Game 5 of the NLCS, we had to ask what the plan is to keep Kershaw in Dodgers Blue next season.

"I have no time to think about it because we're 1 game from the World Series," Kasten told our guy.

THAT'S NOT TRUE, STAN, AND YOU KNOW IT!!

It's cool, we know you can't really spill the beans -- but how about you use all of those professional looking folders and papers under your arm to lock up Kershaw, baby?!

In the meantime, Kasten says he's focused on winning Game 6 against the Milwaukee Brewers and getting the World Series. 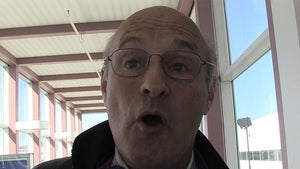