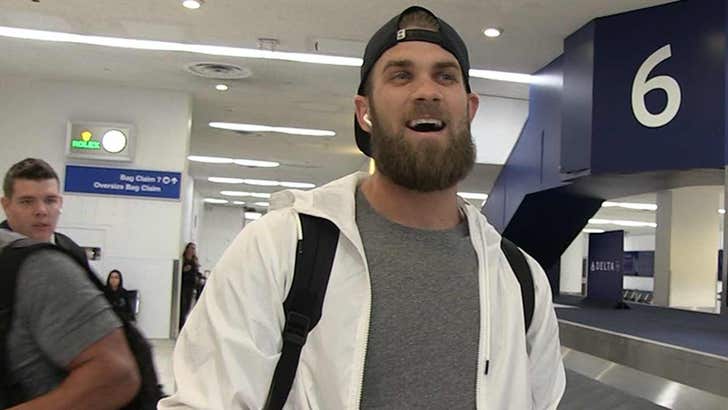 If Bryce Harper's stomach is making the call ... the Cubs, White Sox, Mets and Yankees have a CLEAR advantage in signing him, 'cause he says NYC and Chicago have the best food.

In case you've been living under a rock ... Harper is poised to sign the richest free-agent deal OF ALL TIME -- some say up to $400 million -- but he's given no clear indication on where he's going.

We got Harper Thursday night at LAX ... and threw some questions out at him trying to crack the case, and while he was noncommittal on some, when it came to FOOD he definitely has some cities in mind.

"Favorite food? Probably Chicago. They got great food. I like this place called Steak 48, it's really good. Deep dish of course. Anywhere in New York of course you know you can always go out there and eat good food. That's huge for us."

We should also say ... while there are two teams in NY, Bryce complimented our camera guy's Mets cap and gave props to Jacob deGrom winning the Cy Young Award.

FYI -- Word on the street is that the Philadelphia Phillies are in the driver's seat to get Harper, but we didn't hear him mention Cheesesteaks anywhere in this entire clip. 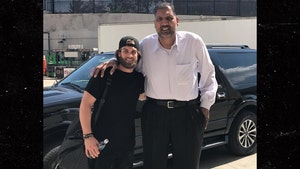