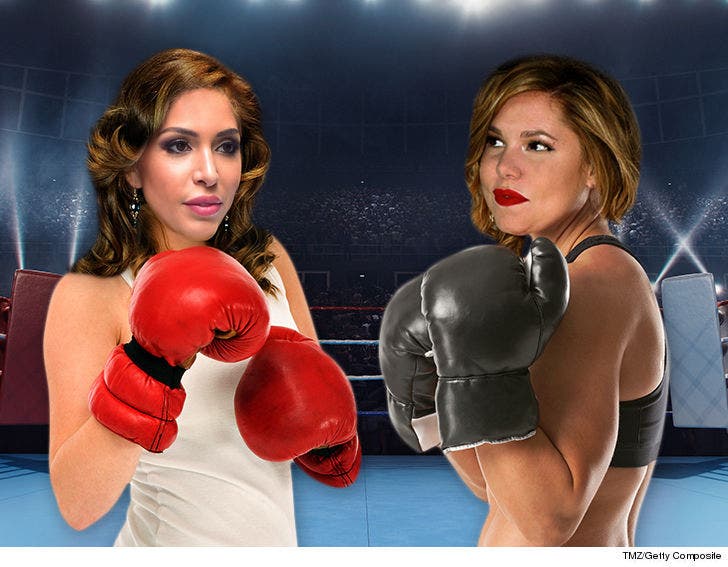 "Teen Mom 2" star Kailyn Lowry's ready and willing to get in the ring with Farrah Abraham and open a can of whoop ass ... but Farrah's first gotta say yes, and she might wanna think twice.

Damon Feldman -- the guy who set up a charity boxing match Farrah backed out of -- tells TMZ Kailyn's set to sign a deal with his company Friday for a charity match ... with proceeds going to charity. And, Kailyn's making no bones about it -- she wants Farrah. Yeah, they got beef.

Damon says if Farrah accepts the challenge he will NOT take legal action against her for bailing on the first event. Remember ... TMZ broke the story Farrah backed out of fighting Nicole "Hoopz" Alexander, claiming Damon broke his end of the deal.

You'll recall Farrah trash talked Damon and the entire event before he fired off a cease and desist letter to shut her trap. Damon now says bygones will be bygones ... IF Farrah steps into the ring.

As for Kailyn ... she and Farrah have lobbed verbal jabs at each other for years now. Kailyn's ready to strap on some gloves and let her fists do the talking. Again, for charity. 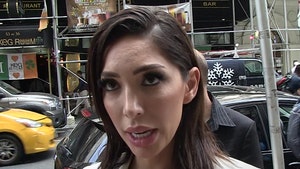