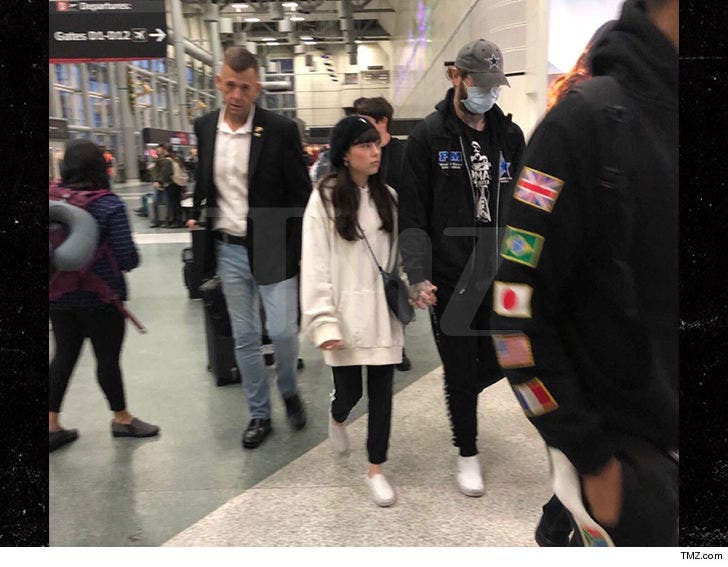 Looks like Post Malone's sticking with his good luck charm -- the chick he was cupcaking on a yacht right after his near-death experience on that private jet ... and ya can't blame him one bit.

We got this shot of Post walking through George Bush Intercontinental Airport in Houston. He was jetting off to Dubai Sunday, and his germ-deflecting surgical mask wasn't all that caught our eye. His cute travel buddy looked real familiar.

When last we saw her, Post was spraying her down and canoodling with her back in August on a yacht off Saint-Tropez. Good times. 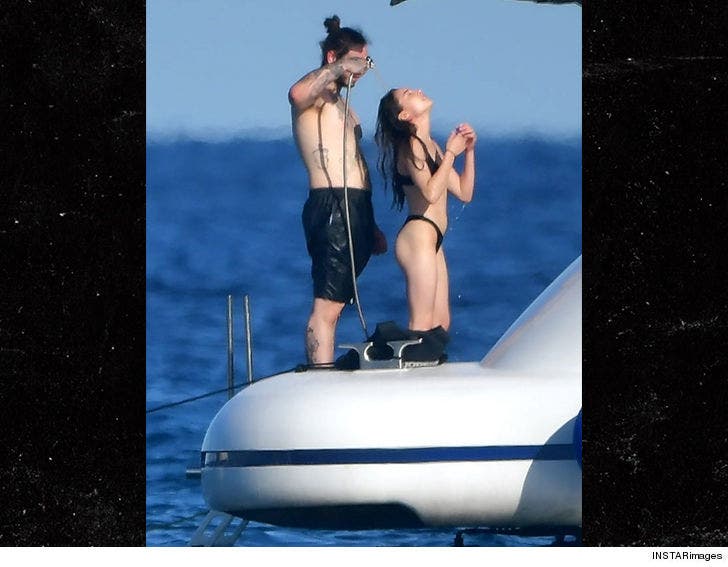 Of course, that was one week after his terrifying emergency landing, and shortly before he survived a major car accident. Safe to say, she was the best thing to happen to him this summer.

As for the nature of their relationship -- a source close to Post says airport/yacht babe is just a friend. That may be, but that's a pretty tight grip between friends. Just sayin'.

We reached out to Biz Markie for comment ... no word back.