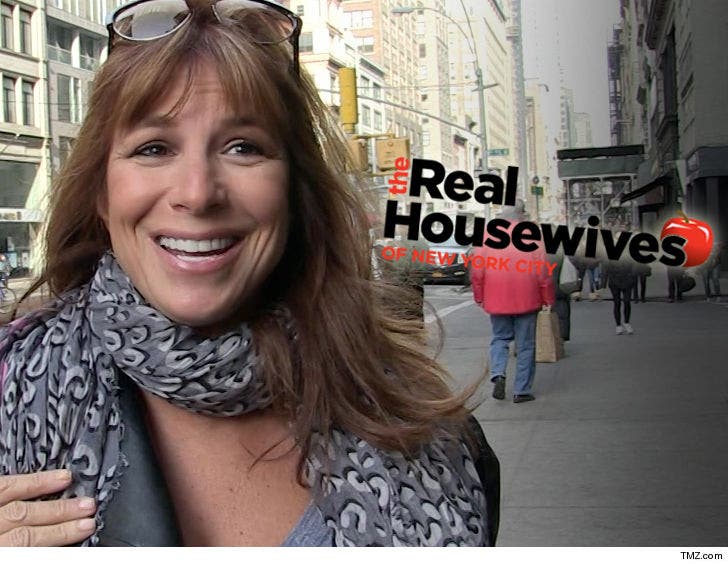 Jill Zarin's return to "The Real Housewives of New York City" will touch on the new man in her life and her relationships with other cast members ... but her story's only getting part-time shine.

Production sources tell TMZ ... Jill's role on the upcoming season of 'RHONY' that of contributor -- not a regular -- as a "friend" to full-time 'housewives' like Ramona Singer, Luann de Lesseps, Dorinda Medley, Sonja Morgan and Tinsley Mortimer.

We're told Jill's filmed episodes for Season 11 in which she divulges details about how she's found happiness with her new boyfriend, Gary Brody, following the death of her husband Bobby earlier this year after a long battle with cancer. Jill appeared briefly in Season 10 when the cast attended the funeral.

Our sources say it's unclear how much the show will touch on Jill's life in the aftermath of Bobby's death or her new rug line business, Jill Zarin Rugs Collection, but will definitely cover her relationship with Brody ... who she started dating a couple months ago.

We're told the 2 have known each other longer, but bonded over tennis and things got serious quickly -- they're already living together in Manhattan.

As for Zarin's "friend" status with the cast ... we're told it doesn't apply to Bethenny Frankel, with whom she had a notorious falling out years ago. Our sources say the women are cordial, though still not close enough to hang out.

As we reported, Frankel dealt with a tragic loss of her own recently ... when her boyfriend died of a suspected OD. It's highly likely 'RHONY' will cover that incident.

The new season is expected to premiere in Spring 2019. We reached out to Bravo ... so far, no word back.