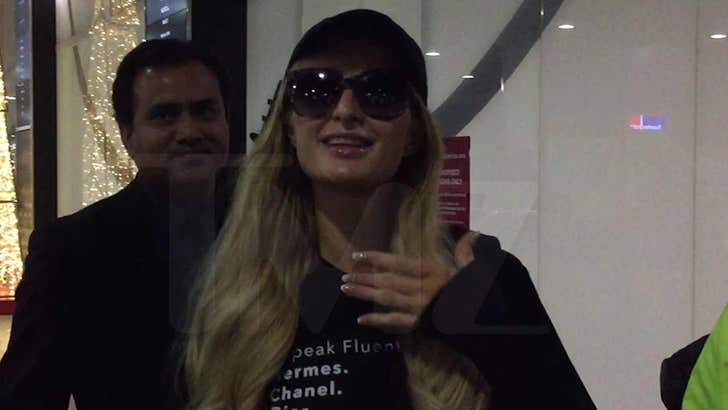 Paris Hilton defied the reality of Thanksgiving by showing up a little lighter ... but only lighter by a bunch of carats.

Paris strolled through the Melbourne airport Thursday, looking relaxed and happy after her breakup with fiance Chris Zylka. She was coy about pretty much everything, which means things are back to normal.

Check out her ring finger ... it's bare. As we reported, Chris is legally entitled to get the $2 million engagement ring back from her, although we're told up to this point he hasn't asked for it.

We're told Chris got the ring at a massive discount because the jeweler has a long-standing relationship with Paris. That means he's positioned for a huge windfall if he gets it back and sells it.

As for Paris, she's already ridiculously rich so it doesn't matter much.

She's in Australia to promote her latest fragrance, Platinum Rush. 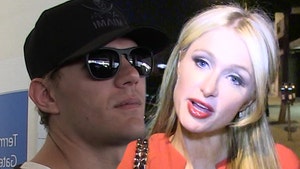