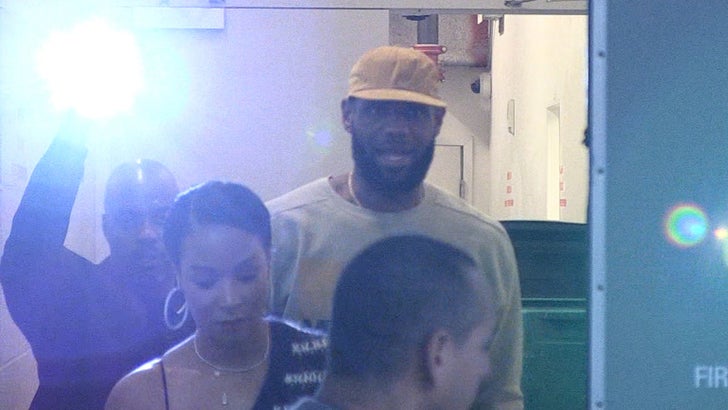 LeBron James was in a great mood after his Beverly Hills date night with his wife, Savannah, on Wednesday -- singing a Kendrick Lamar song on his way out of the restaurant.

The NBA superstar hit up Avra -- one of his favorite spots in town -- where the two dined on Greek food and then exited out the back to their waiting 2018 Mercedes-Benz Maybach S650 ... a car with a base price of $240k.

LeBron wasn't in the mood to talk about his Lakers -- or the upcoming Deontay Wilder fight -- but serenaded everyone to Kendrick's "Alright."

And, if you're wondering about Bron's "Me Over We" sweatshirt -- it ain't cheap either ... it's made by Cactus Plant Flea Market and we've seen it being sold for up to $500 online.

James and the Lakers didn't have a game last night -- but they do play on Thursday ... taking on the Indiana Pacers at Staples Center.

As for Bron's love of Avra -- he's taken Savannah to the spot on a previous date night and famously had his "Welcome to Hollywood" dinner there with Leonardo DiCaprio and Al Pacino right after he signed his Lakers contract. 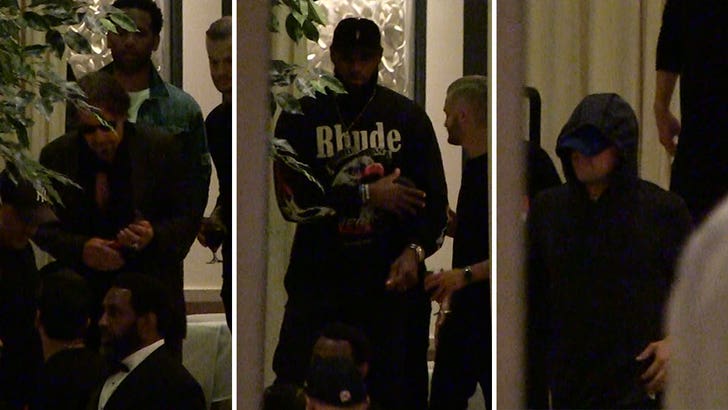 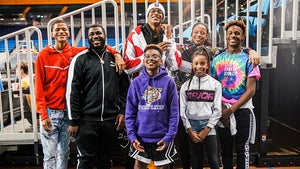 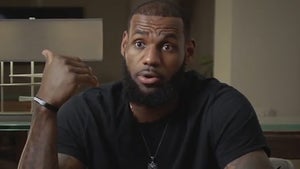 LeBron James Reflects on Trayvon Martin Death, 'I Thought About My Sons'