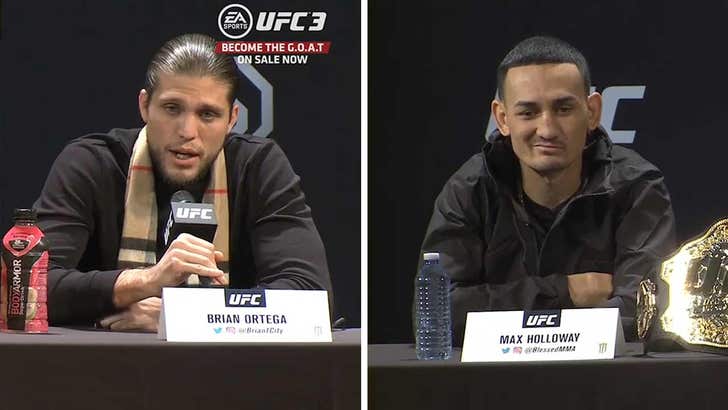 Emotional moment between Brian Ortega and his UFC 231 opponent, Max Holloway -- when Ortega told Max he's been praying for him ever since the Hawaiian's health scare back in July.

Brian and Max are set to fight each other on Saturday -- it'll be Max's first time in the Octagon since he backed out of UFC 226 with "concussion-like symptoms" just days before the fight.

Holloway says he never got a clear answer about his health -- so he's launched a "private medical investigation" to find out what happened to him.

Still, he's been cleared to fight Ortega -- and at the pre-fight press conference in Toronto on Wednesday, Brian got very serious when asked about Max's health.

"At the end of the day, I really do care about your health and how you are and how you're doing," Ortega told Holloway.

"I know you've got a son. I mean, bullsh*t aside, I know we're fighting and all that sh*t, but I do hope you're alright."

The crowd cheered and Holloway appeared to thank Ortega for the kind words. 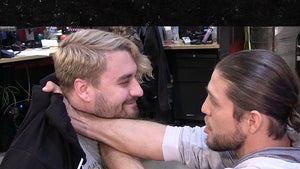