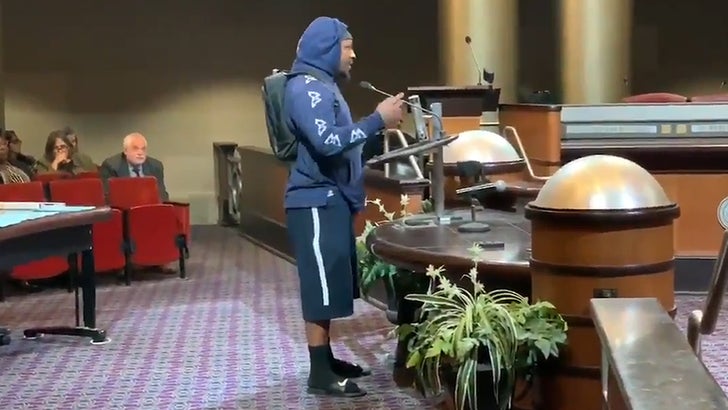 Marshawn Lynch threw on his best hoodie and sandals and hit up the Oakland City Council meeting on Wednesday ... and made the following statement to city officials:

Marshawn is an Oakland guy, born and raised -- and is clearly upset with the mass exodus of the major sports teams in the area.

The Raiders are moving to Las Vegas and the Golden State Warriors -- who play in Oracle Arena in Oakland -- are moving to the Chase Center in San Francisco next season.

The Oakland A's currently play at the Oakland Coliseum but are hoping to build a new 34,000 seat waterfront stadium in the area where they could play in 2023.

Enter Marshawn who didn't have much to say -- but made his point crystal clear.

Oakland A's president Dave Kaval was grateful for Beast Mode's support -- tweeting out, "Thank you Marshawn! Let's do this!!"

Kaval has previously commented on the stadium situation -- saying, "We've been there 50 years ... We have a great sense of the importance of that development on the future of East Oakland."

"We're doing everything we can, and we've had great partners on the city side and on the civic side to get this done. I think everyone realizes it's just a really great project for the Bay Area, for the East Bay and obviously for Oakland." 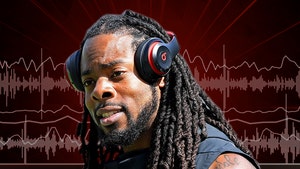