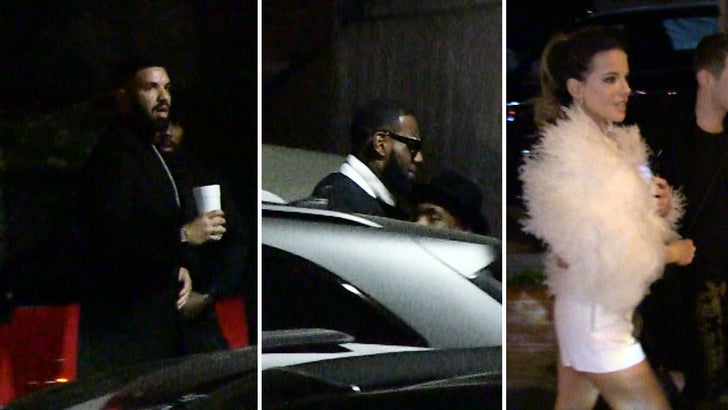 There's no better time of year for Drake to reinforce @champagnepapi than New Year's Eve ... and he definitely didn't disappoint on Monday night with his famous pals.

Tons of celebs showed up and showed out to Drizzy's year-end bash at Delilah in West Hollywood, which was aptly dubbed The Mod Selection Champagne New Year's Party. Some of the folks in attendance ... LeBron, KD, Klay Thompson, Kate Beckinsale, Diddy, Nas, Chris Brown, Madison Beer, Idris Elba, and more.

People were coming and going throughout the night, and most weren't all that chatty. One thing we did learn, though ... Kate has no New Year's resolution for 2019. Good to know!

Interestingly enough, Travis Scott and Kylie Jenner were also at the shindig -- and, perhaps, unsurprisingly ... no sign of Kanye or Kim here at all.

Remember, Kanye finished out 2018 with yet another attack against Drake, continuing to gripe about the fact the dude had followed his wife on IG at one point late last year. Clearly, Trav's still tight with Drake, despite seemingly burying the hatchet with Ye last month. 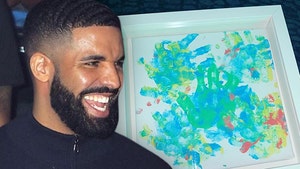 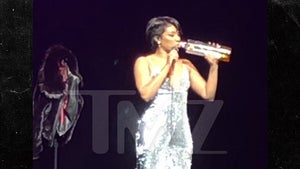