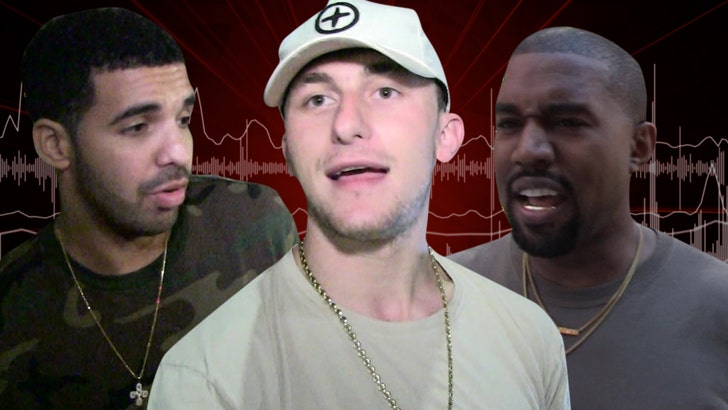 Johnny Manziel says he's right in the middle of the Kanye West vs. Drake beef -- since it's all going down in Calabasas -- and he's convinced Yeezus is scared.

You already know the backstory ... Kanye went off on Drake publicly this weekend when he realized the rapper still followed Kim Kardashian on IG. He took his gripe to Twitter where he posted about 75 million tweets about the situation.

Since Manziel is friendly with Drake -- and lives around the corner from Kanye and Kim in Calabasas -- he talked about the situation on his Comeback SZN podcast on Barstool Sports.

"It's all happening right around the corner," Manziel said ... "So, I'm in the middle of it right now. I can't wait to see it unfold a little bit more, but [Kanye] is triggered!"

He added, "It sounds like Kanye is a little worried about Drake. Like he's going to call someone to beat him up or something."

Seems Manziel is right ... remember, Kanye suggested that Drake threatened his family during a Twitter spat a few weeks ago.

"You threatened the safety of me and my family," Kanye tweeted on Dec. 13 ... "Never threaten north saint and Chicago's dad bro."

Kanye continued ... "So drake if anything happens to me or anyone from my family you are the first suspect. So cut the tough talk."

Manziel says he's not sure if the beef is real -- but he's convinced if Drake and Meek Mill can bury the hatchet ... Drake can make peace with Kanye too. 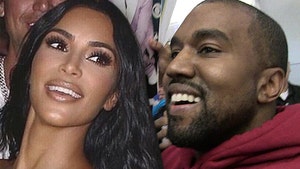 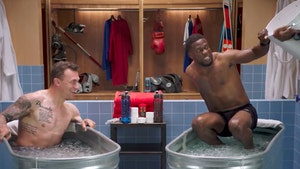 Johnny Manziel Hated Cleveland, 'Can I Go Back to College?'