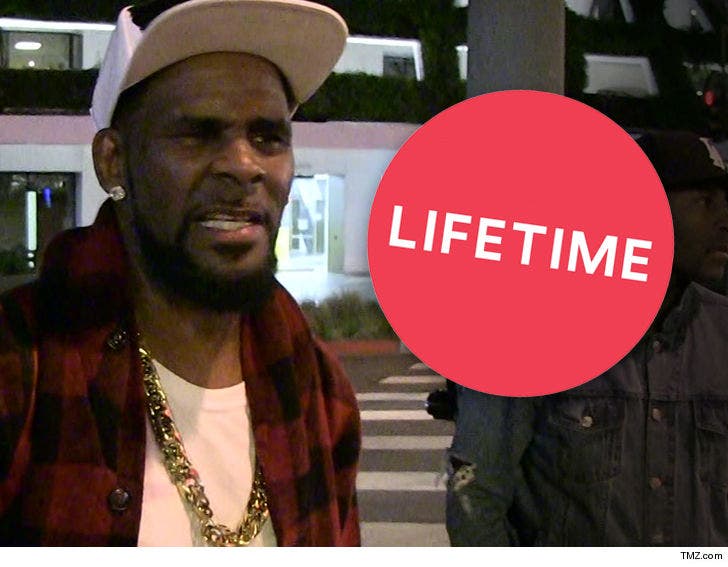 R. Kelly's had enough ... he's threatening to sue Lifetime if it doesn't pull the plug on airing its documentary that paints the singer as a sex-crazed and abusive cult leader.

Kelly's lawyer, Brian Nix, fired off a legal letter -- obtained by TMZ -- warning the network that its "Surviving R. Kelly" documentary is packed with lies. Nix threatens to file a federal lawsuit Thursday -- the same day Lifetime's set to air the special -- if the network doesn't relent.

As you know ... the family of one of Kelly's alleged brainwashed sex slaves has gone public in seeking her return. The alleged victim, Joycelyn Savage, refuted her own family and said she's no hostage. She was seen out in Bev Hills last May... without Kelly in tow.

Lifetime's 6-part documentary will feature, for the first time ever, people from Kelly's inner circle coming forward with new allegations that Kelly has sexually, mentally and physically abused women.

Kelly's calling BS ... saying the subjects made false allegations to become famous. What's more ... Kelly says he has 2 audio recordings -- 5 minutes in duration -- that show Lifetime knew "some of the girls are lying, but that the budget was too high to turn back now."